Grammy-winning rapper Kendrick Lamar looks like he’s back in music-making mode. The rap superstar has hooked up with hip-hop mogul Jermaine Dupri.

JD went to Instagram Friday (November 11) with a shot of himself alongside K. Dot. 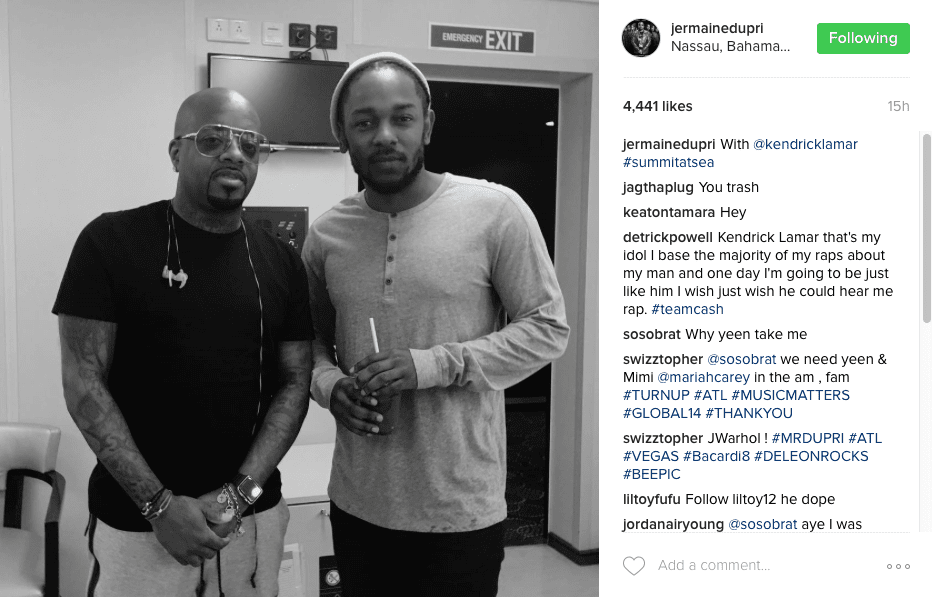 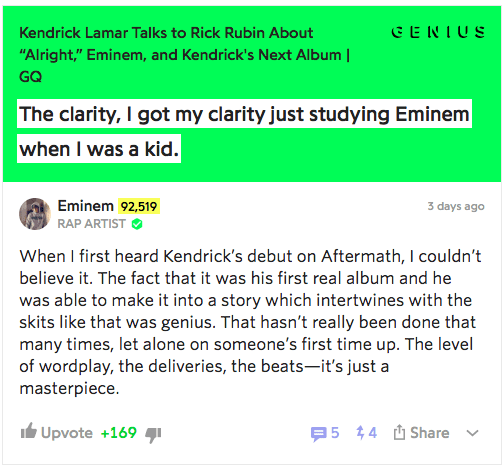 In a recent GQ cover feature, Kendrick speaks on the direction of his next solo album in comparison to 2015’s To Pimp A Butterfly.

“That was me then,” Lamar said in an interview. “Not to say that it wouldn’t be continuous. It’ll always have some type of DNA in my music. But me, as a person, I grow. I’m like a chameleon. You know? That is a gift and a curse for me. But more so a gift, because it never puts me in a box. And my ability to express and still make the connection wherever I go, that is my high point. That’s something I pride myself off of.” (GQ)