Kendrick Lamar’s DAMN. rules the Billboard 200 albums chart for a second week, as the set earned 238,000 equivalent album units in the week ending April 27, according to Nielsen Music. That’s a decline of 61 percent as compared to its debut frame a week earlier of 603,000 units. (Billboard) 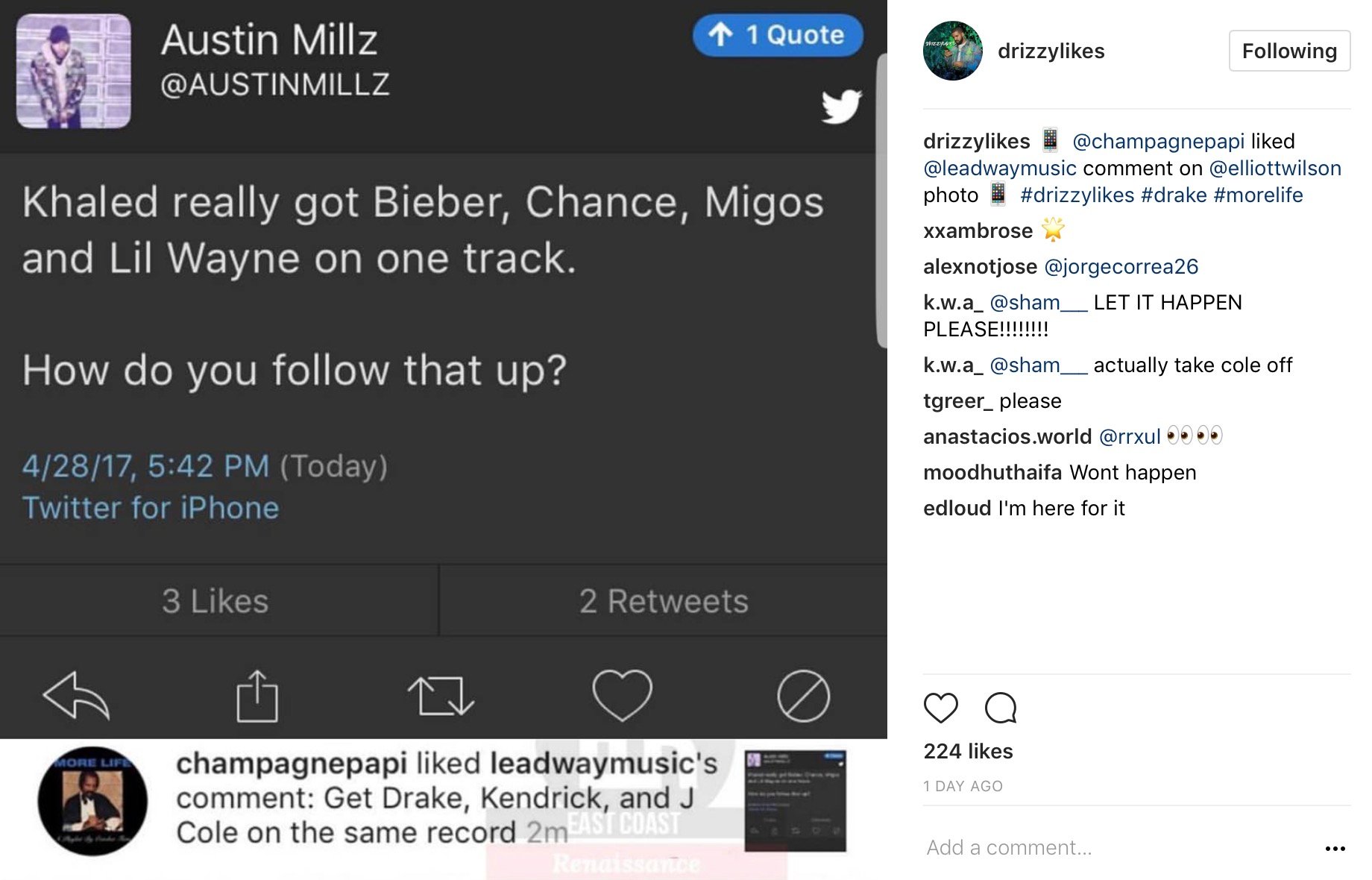 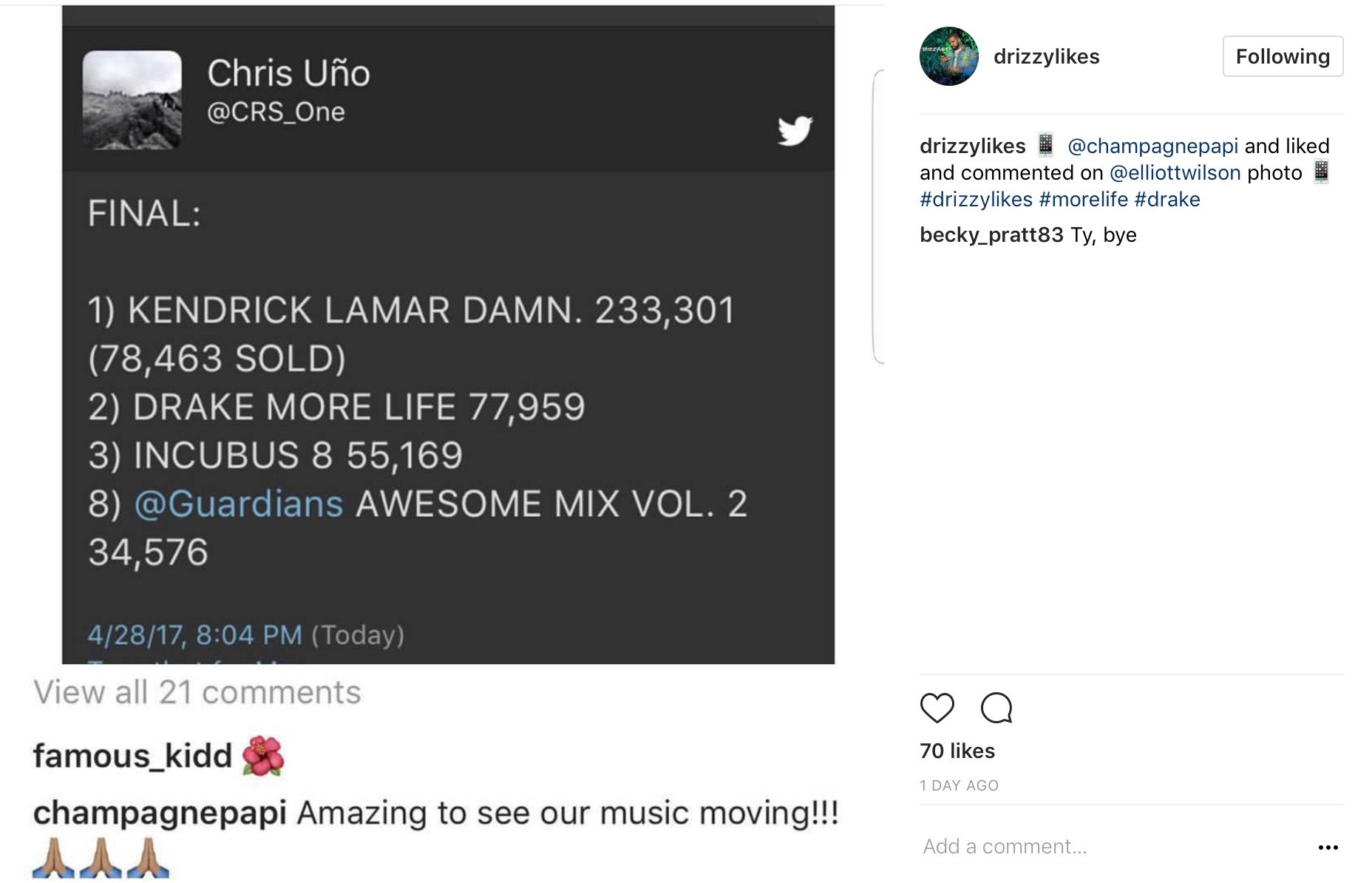 The rapper is just the fifth artist to land that many songs on the chart simultaneously. In all, the 14 songs from DAMN. on the latest Hot 100 (which blends streaming, airplay and sales data) garnered 388.5 million U.S. streams in the tracking week ending April 20, according to Nielsen Music. (Billboard)