The man largely responsible for the success of rap stars Kendrick Lamar and ScHoolboy Q is getting some respect put on his name. Interscope A&R vet Manny Smith has received a much-deserved promotion.

According to reports, Smith is now donning the title of senior vice president. 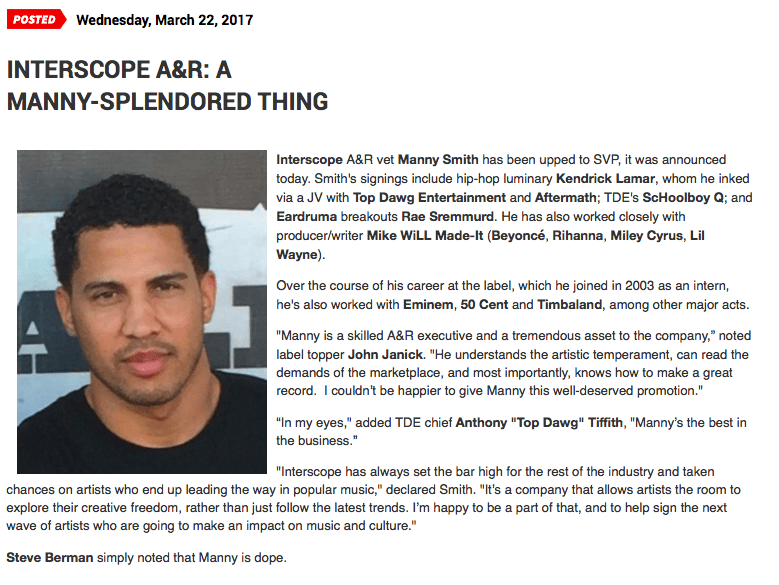 Hours after Kendrick shared the cryptic image, he surprised us with a new single called “The Heart Part 4.” “The Heart Part 4” is available now on iTunes and Apple Music. Stay tuned as more information about Kendrick’s next project comes through. (Complex)

Some media outlets believe the single will ultimately land on K. Dot’s next solo album.

After teasing Roman numerals IV on his Instagram earlier today, Kendrick Lamar has released a brand new single called “The Heart Part 4.” Cop it on iTunes now. The single is the first song from an upcoming album from K. Dot, though no other information on the LP is available right now. (XXL Mag)

Comments Off on Kendrick Lamar & ScHoolboy Q A&R Lands Huge Role, Top Dawg Applauds: “Nobody Knows How Much Work He Puts In”