Kendrick Lamar & Future Team Up For Epic “Mask Off” Remix: “Gotta Lay Something Down If You’re Making Threats” [Audio]

Future has shared a new remix of his FUTURE hit “Mask Off.” The new track features Kendrick Lamar, who previously brought out the Atlanta rapper during his headlining Coachella set. It premiered on Power 105.1’s “The Breakfast Club.” Prior to the new remix, Kendrick and Future hopped on a track together just once before: “Buy the World” from Mike WiLL Made-It’s 2014 mixtape Ransom. Also, in 2013, Kendrick and his Black Hippy crew remixed Rocko’s “U.O.E.N.O.,” leaving Future’s feature verse at the end of the song. (Pitchfork)

The popular radio station made sure to reveal the collabo’s artwork on social media. 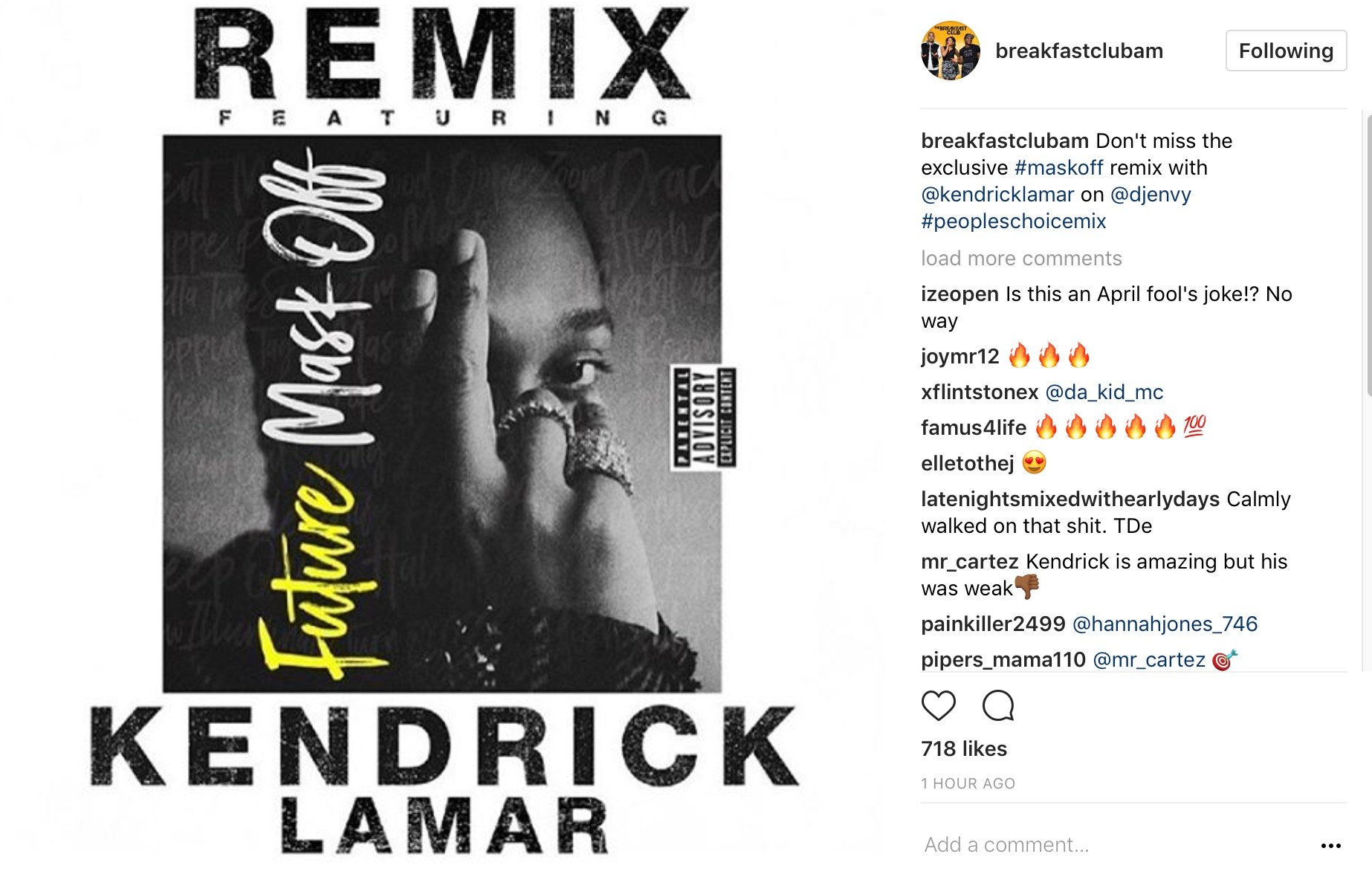 Future also went to Twitter to tease fans about the new remix. 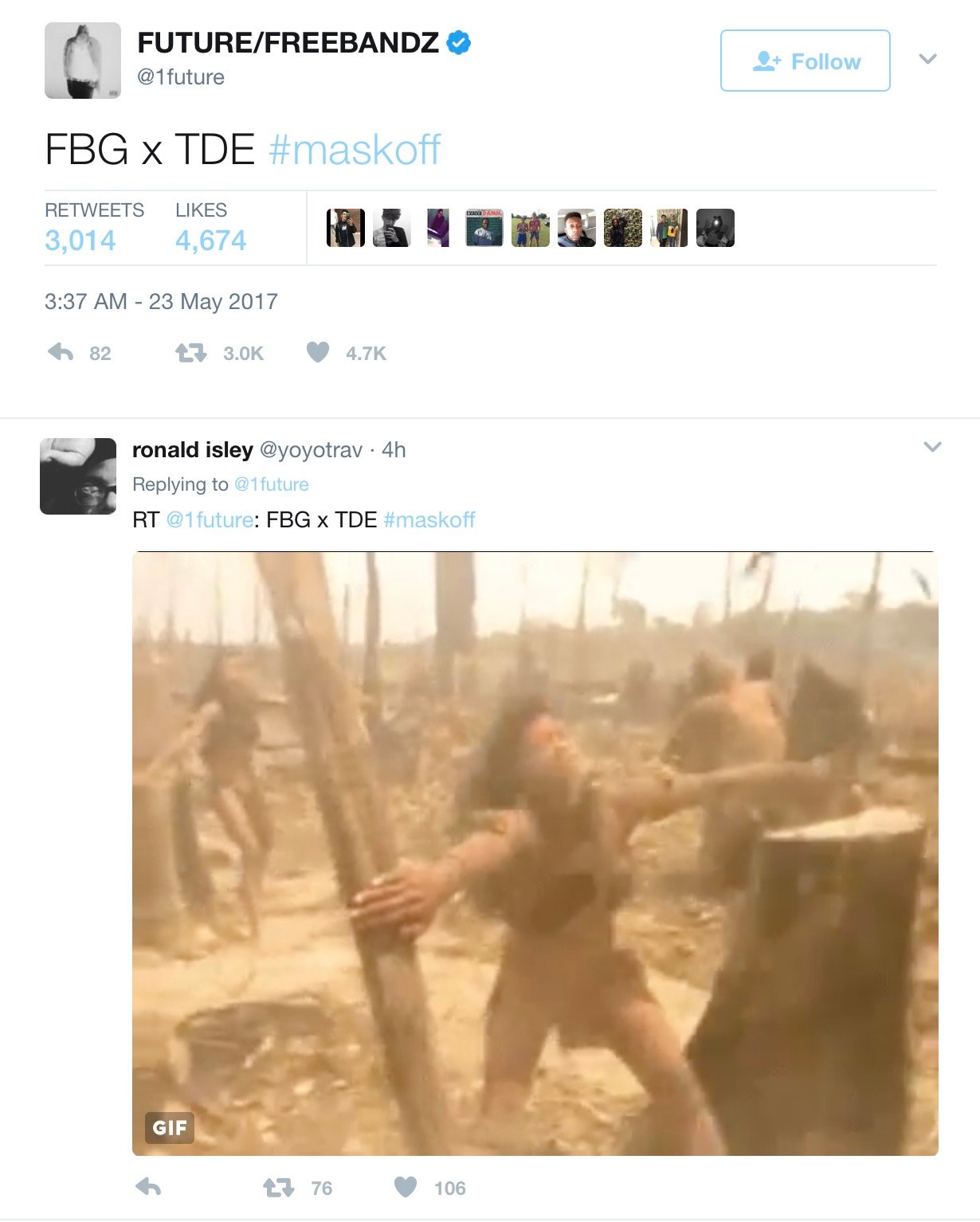