Finally Friday. It’s finally the best day of the week, so what better way to celebrate than to throw it in the air like Katt Williams throwing punches at his manager’s face? Ouch. Speaking of throwing things up, did a new Kanye West throwback clip of him rapping as a teenager get thrown into the blogosphere? We should probably all simmer down like Lindsay Lohan in a bikini selfie? All this coming up in SOHH Whatcha Think.

How can Katt Williams be making so much news right now? It seems he comes out once a year and when he does, it’s craziness left and right. Almost every day something is going on with him. TMZ has the skinny: 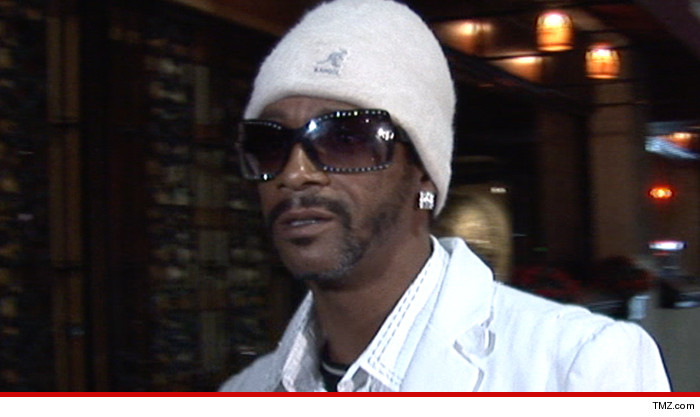 Katt Williams’ tour manager says the the comedian delivered a knockout blow to his face … and now he’s suing for assault and battery.

Mark Williams claims Katt went off on him back in May, according to a new lawsuit filed in L.A. … and obtained by TMZ.

Williams — who doesn’t mention any relation to Katt — claims Katt hit him “with such force and power that he was rendered unconscious for a period of 90 seconds.”

The lawsuit doesn’t say where or why the alleged scrap went down, but it must have hurt like hell because Williams adds … Katt was “wearing his diamond rings which served as a brass knuckles weapon.”

Isn’t it hard to believe Katt Williams is that strong? 90 seconds? No offense, but isn’t Katt Williams a little guy? He’s not exactly Floyd Mayweather, Jr. either. Could this be legit? #SOHHWhatchaThink?

Was Kanye West always a dope rapper? Even during his teenage years? We didn’t really hear him until he started piecing together his debut album but could he have been sitting on raps forever? Rolling Stone has the clip:

The Chicago-bred rapper got one such opportunity at the opening of Fat Beats, a since-closed New York City record store that served as the epicenter of indie hip-hop around the turn of the century. On one fateful August day in 1996, the store’s general manager, DJ Eclipse, captured video of West taking the mic in the store at age 19 that he recently shared with Complex.

For 90 seconds, the rapper talks about his technique, Alanis Morissette, living in Chicago and how he’s from the future cribbing his grandchildren’s style, among other topics. (Rolling Stone)

Throwback Ye? Do you like this Kanye better than the modern West? Is this just proof Kanye has always had lyrical talent? #SOHHWhatchaThink?

There’s nothing wrong with women wearing bikinis and even though Lindsay Lohan is on-again, off-again cool in the hip-hop world, she gets a huge pass today with her new bikini photo. RumorFix has the shot:

The starlet took to her Instagram on Thursday to post a sexy summer swimsuit selfie, and LiLo is looking fit and fab.

In the flick you can see Linds crouched over in front of a mirror so everyone can see her ample cleavage.

In past months we’ve seen Lohan working out at the gym with trainers–and clearly it’s paying off.
Keep up the good work, hun! (RumorFix)

If this doesn’t make you want to hit the closest beach, pool or even shower this weekend, what will? #SOHHWhatchaThink?