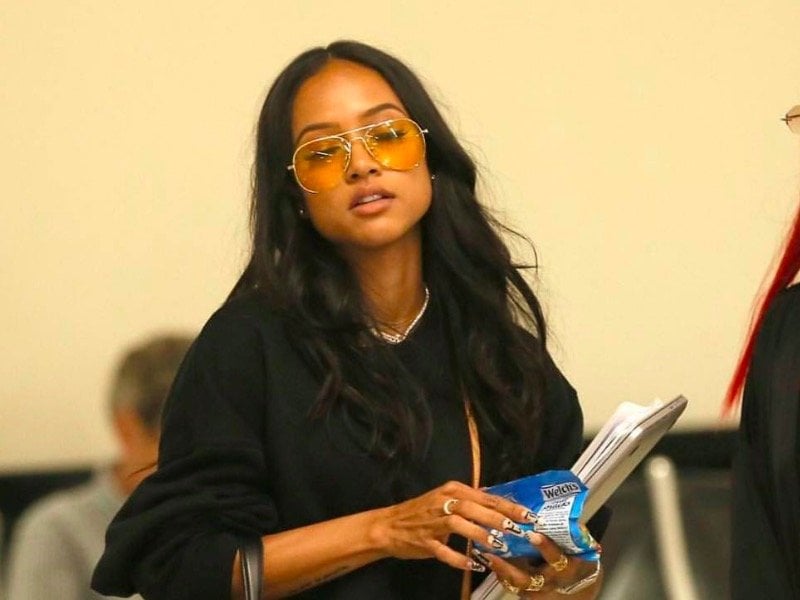 Model Karrueche Tran and Migos‘ Quavo are hanging in there with summer love around the corner. This week, cameras spotted the rumored couple together in Florida.

According to reports, Tran pulled through to check out Quavo hit the stage last night (May 26) with his rap crew.

On Friday night, the two reignited dating rumors when they were photographed and filmed together during Migos’ performance at Story Nightclub in Miami Beach. Instagram posts show Quavo doing his thing on stage while Tran watches next to the stage. (Complex)

#PressPlay #Karrueche watching her man #Quavo stage side in Florida. You here for it? Via @supportingkt

How The hell do she get her parts so straight. 😭😩👀. But kaevo was out lastnight 😛😍😍😍😍 My parents just giving me life #karruechetran #karrueche #quavo #quavohuncho #Kaevo

Earlier this month, Quavo came through for Karrueche’s 29th birthday.

Karrueche Tran rang in her 29th birthday at Cipriani’s Wednesday night with a slew of guests that included boyfriend/Migos rapper Quavo. They arrived and left separately, but the secret — if it ever was one — is way out. They’ve been on the DL mostly because Karrueche has issues. She’s going to court next week, hoping to get a permanent restraining order against ex-BF Chris Brown, claiming he targeted death threats her way. (TMZ)

Karrueche made sure to toss up birthday pics on her IG page. 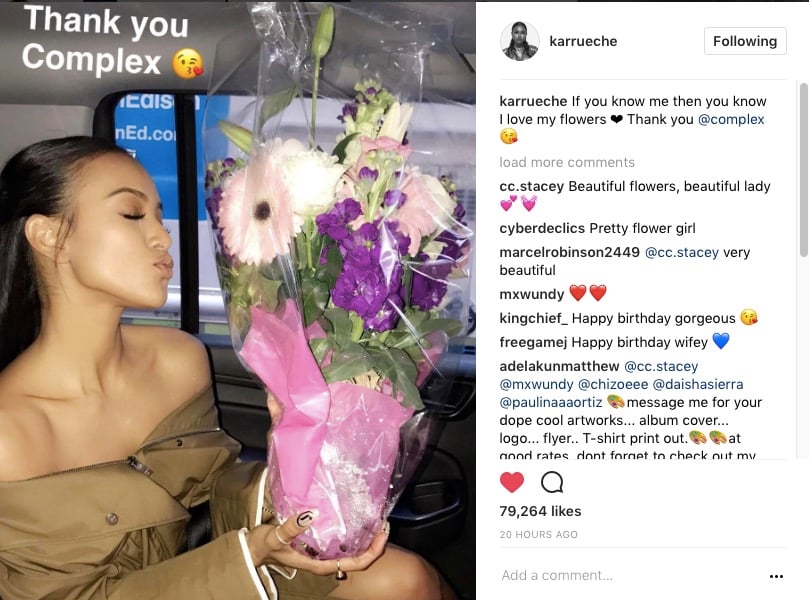 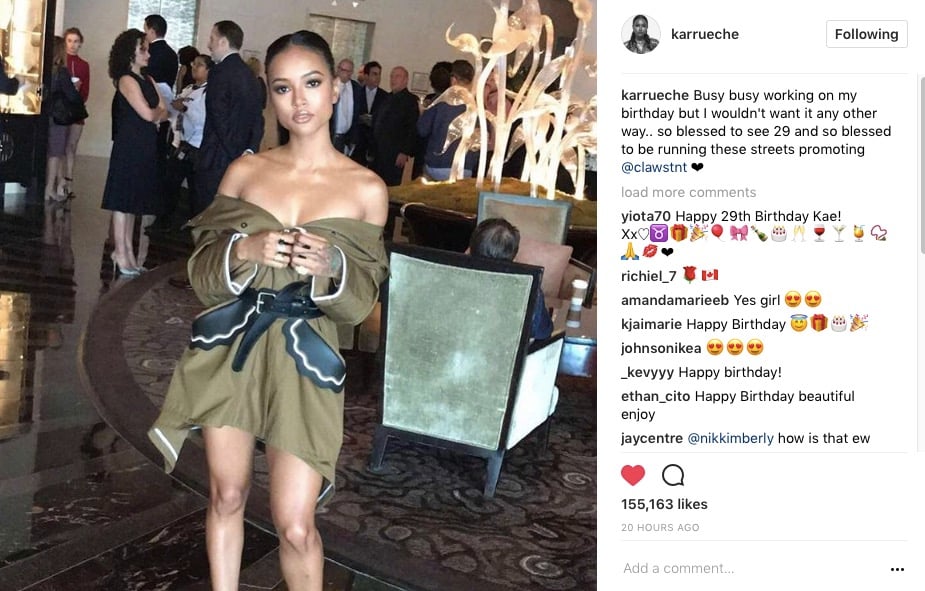 Back in early April, Karrueche and the Migos star generated dating gossip.

Quavo was performing with his crew and a bunch of other rappers Saturday night at Gulf Coast Spring Fest in Biloxi, Mississippi, where we’re told Karrueche watched from backstage. After the show, Quavo and co. left the stage to make their way toward the exit with Karrueche in tow. Eyewitnesses tell us Quavo gave her a hug before they rode off together in the same whip … by themselves. (TMZ)