Karen Civil Addresses Cyberbullying After Cam’ron & Joyner Lucas Accusations: “This Isn’t The First Time It Has Happened To Me”

Young Money affiliate/publicist Karen Civil has come forward to speak out on being singled out on social media this week and the victim of cyberbullying.

Civil explained her issue with social media drama and why the situation is bigger than herself.

“Yeah. I’ve gotten to a point where this isn’t the first time it has happened to me. It’s all about how you use your social platform. Right now, I’m just using mine to empower people, get my entertainment and my news. Other people use their platform for different things. It’s unfortunate that cyberbullying is something that happens to 13-year-old kids in junior high and adults in the workplace. It’s something that we have to deal with as Americans. I am now a testament to it, and it’s happening to me. It’s definitely an unfortunate situation.” (Essence)

This week, hip-hip artist Joyner Lucas singled out Civil in a series of Twitter posts. 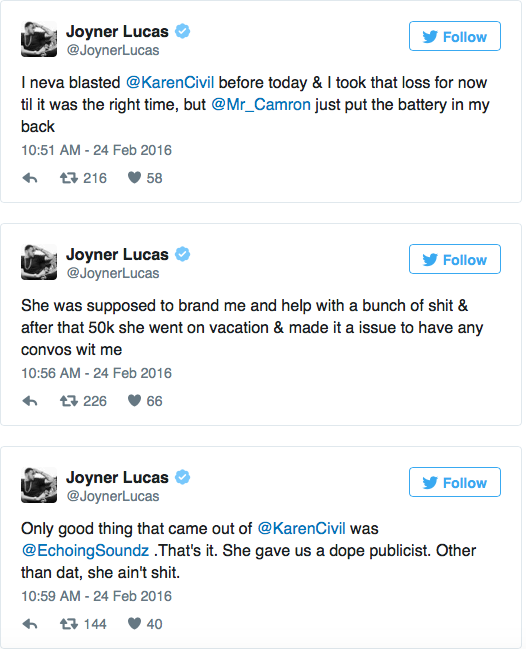 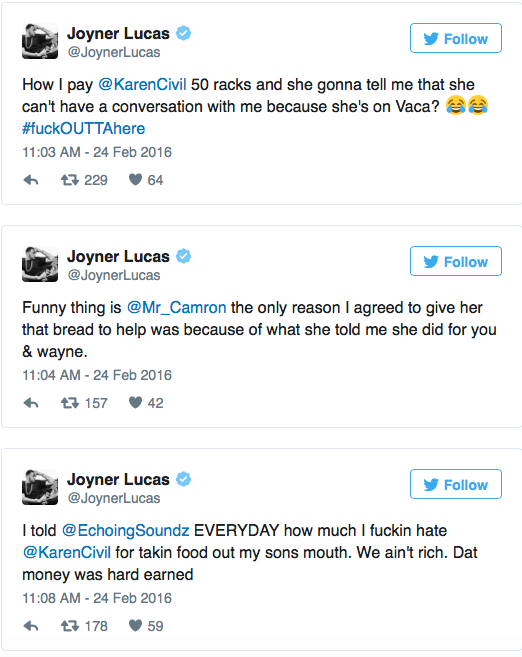 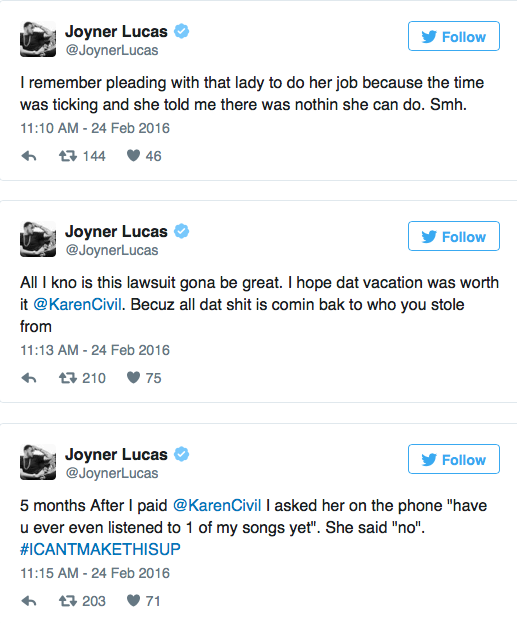 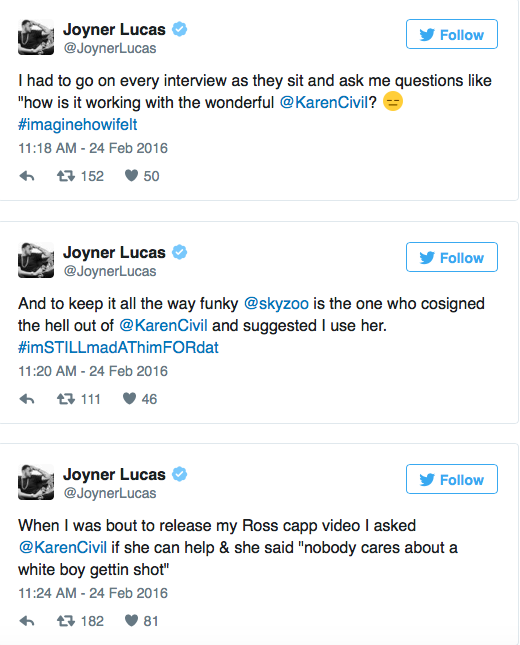 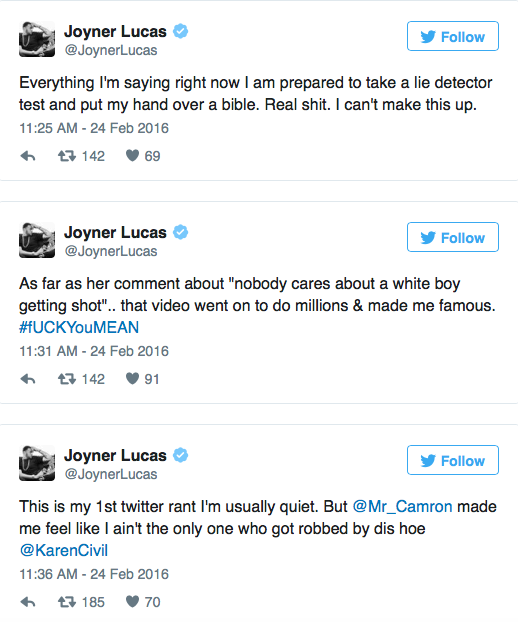 This week, Dipset leader Cam’ron publicly ripped Civil over a story she recently publicly talked about involving him and rap mogul Jay Z. 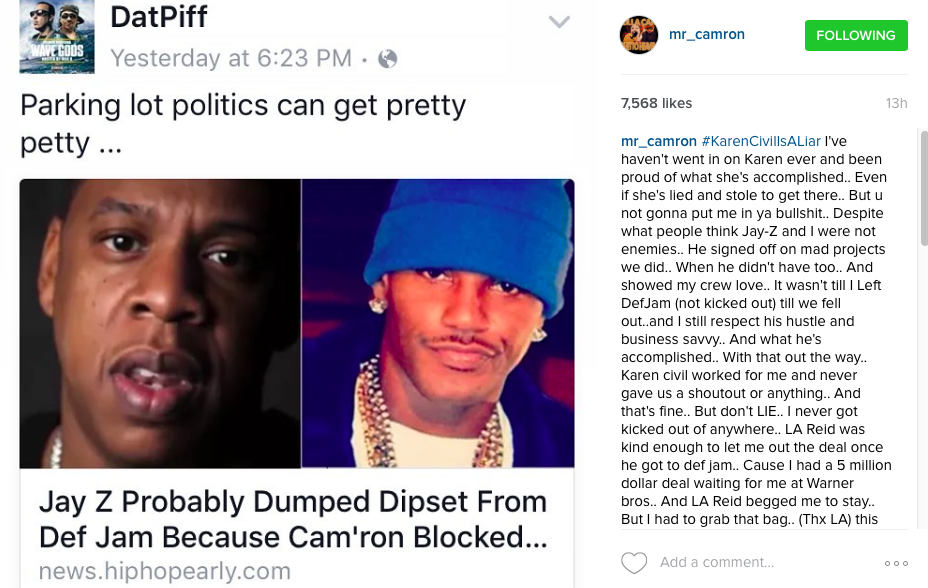 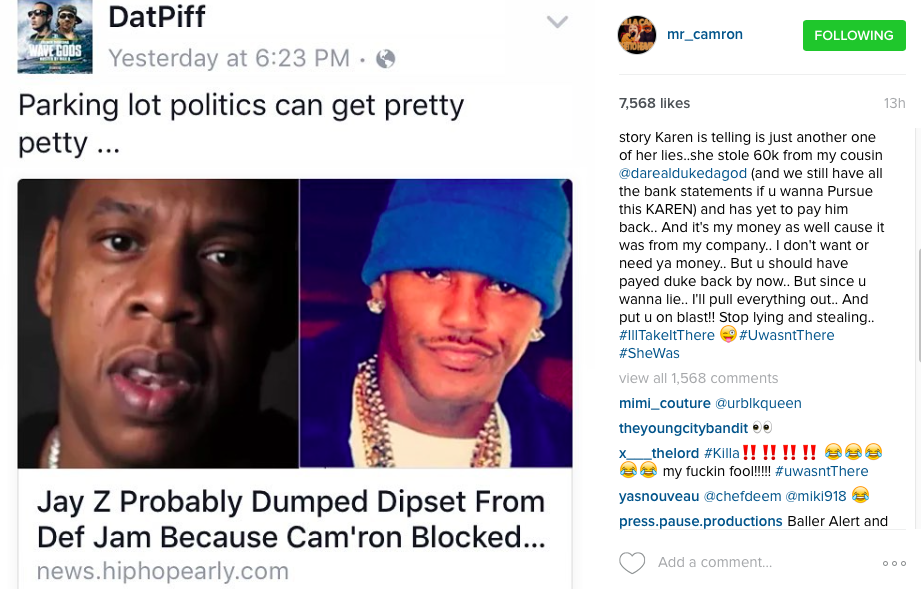 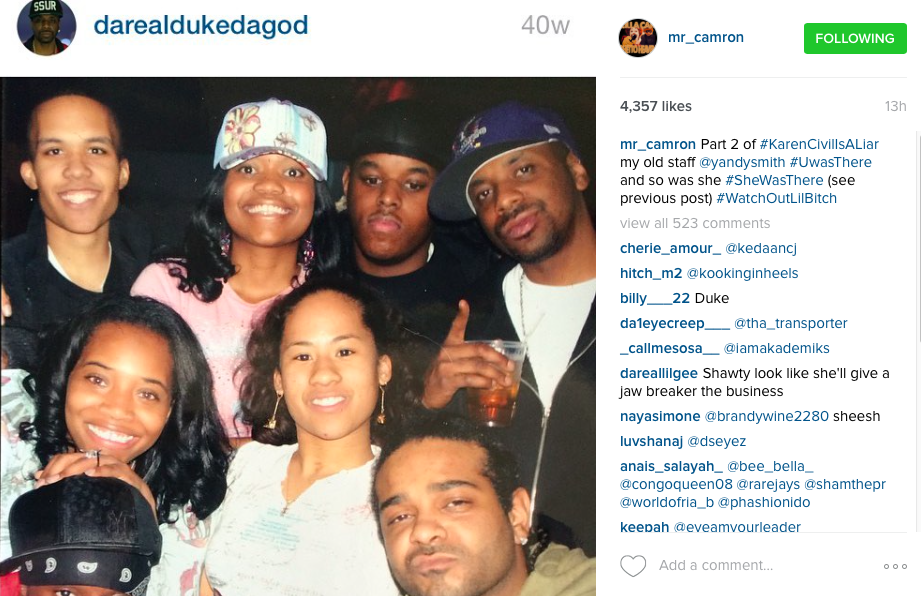 Part 3 of #KarenCivilIsALiar I called her 2 nights ago about @darealdukedagod 60k and all she said was " I never said Duke was slow" my man murf said… Why did u steal da $$?.. She said.." I had to eat" smh #IgotMore #watchOutLilBitch #SheWasThere

Last week, Karen dished on an alleged incident between Jay and Killa which caused Dipset to leave Def Jam Recordings.

“Jay Z was pulling up in his Maybach, right? You know how Def Jam was on the side of the Universal building at the time? So Cam was in this turtle top like parked right there and he was talking to Duke, we were near the car,” she remembers. “And then this Maybach wants to pull up and they honk. I’m like ‘Oh I think that’s Hov’ so I back up. Cam’s like ‘Chill out.’ So then the car beeps again. And Cam ain’t move. So then Jay had to get out the car and he walked over cause he wanted to see who was in the car, like who wouldn’t move out the way. So then he came over, he looked… Dipset was out of the building the next week. And so we set up shop in Juelz’s studio for a little bit…I’ll never forget this.” (“Tax Season”)