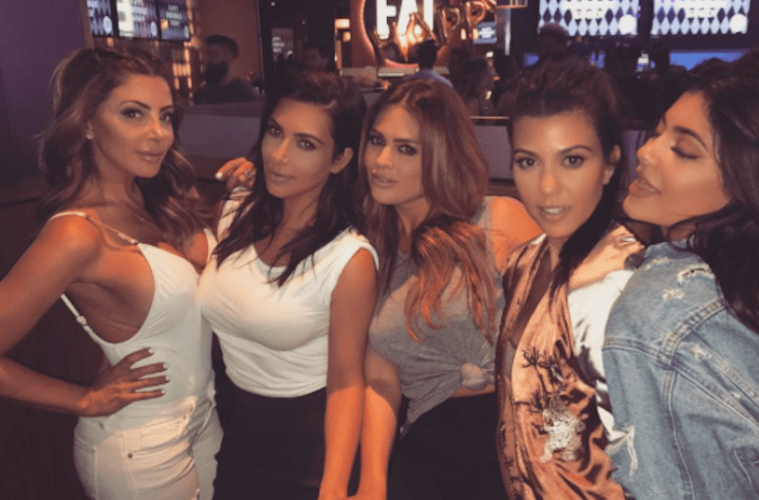 According to reports, a few family members decided to let the cameras roll with them talking about his recent medical treatment.

A few members of the Kardashian family have filmed scenes discussing the 39-year-old rapper’s recent hospitalization for the next season for KUWTK, a source connected to the show tells ET. However, the source says that Kanye himself has not filmed since he was admitted to UCLA Medical Center on Nov. 21, and that KUWTK production cameras were never inside the hospital filming. “He’s never been a fan of having the cameras around him,” the source said of Kanye, noting that the show’s producers will be cautious about how they address Kanye’s hospitalization on the upcoming season. (ET Online)

A few hours ago, a post-hospitalization Kanye picture surfaced across social media. 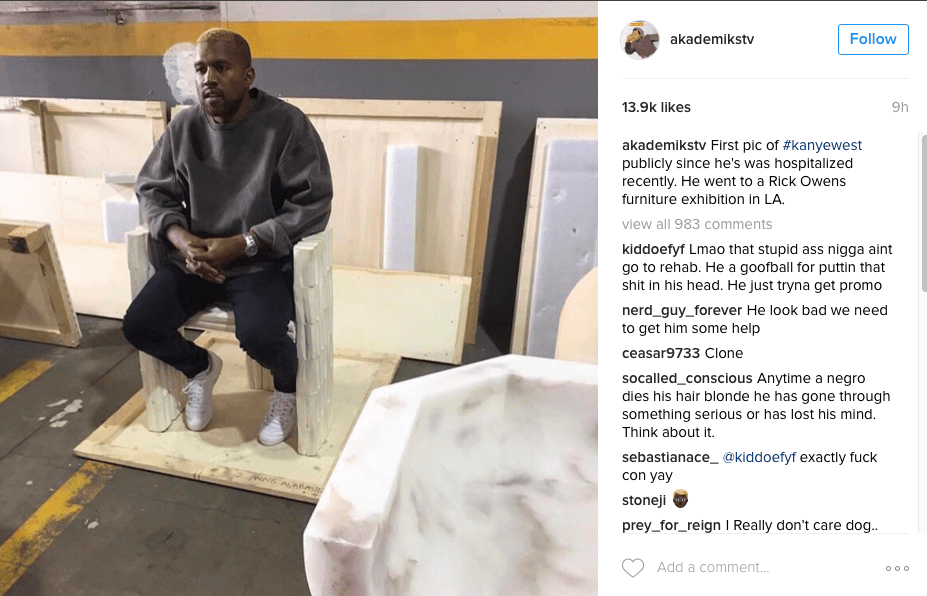 This week, reports revealed Kanye had built a temporary music studio to create new tunes as he recovers from a recent hospitalization.

Sources close to Kanye tell TMZ … since he got home, he’s been more relaxed and focused. We’re told Kanye’s built a temporary studio in their Bel-Air mansion so he can have the privacy he needs to get healthy, while also making new music as ideas come to him. Our sources say Kanye’s comparing the breakdown, and 8 day hospital stay, to his near-fatal car crash and his mother’s death. We’re told he feels he created some of his best work — “Through The Wire” and ‘808s’ — after those crises. (TMZ)

G.O.O.D. Music’s Teyana Taylor recently offered up some words of support for her longtime mentor.

“Take however much time you need, you know. Time heals all,” Taylor told The Associated Press on the red carpet Friday (Dec. 2) for the “tVH1 Divas Holiday: Unsilent Night” show. “He’s a workaholic. He worked his (expletive) off. And if he needs to get his mind right, then I think everybody should respect that and let him do that,” Taylor said. (Billboard)