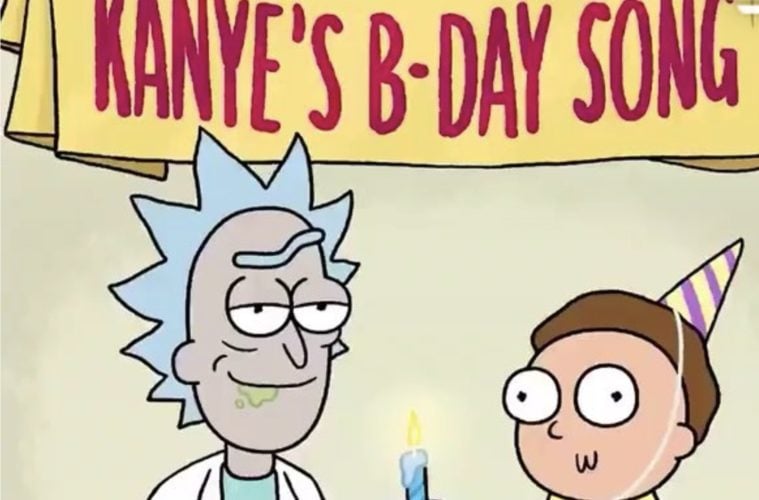 G.O.O.D. Music boss Kanye West is feeling the love on his 41st birthday. The hip-hop star has received a special shout-out from his favorite TV show.

In celebration of his born day, Cartoon Network show “Ricky & Morty” made a song for Yeezy.

'Rick and Morty' has just gotten a 70-episode renewal from Adult Swim — Which is more than double the number of episodes the cartoon has already produced.

Happy Birthday babe!!!!! It’s been a wild year but we’re here & life is good! So proud of you dropping back to back albums & fulfilling your dreams. You inspire me to make the impossible always become a reality. Love you 💕

K$G! Out now 🙏🏾! Happy b day to my brother Ye 🙌🏾 and thank u for everything g! To anyone that’s been paying attention to my recent interviews , I’ve been saying I wanted to do a song with @kidcudi this year! look at GOD! thankful and grateful for all these blessings . And happy to share them with u #teamdolla

Happy birthday my brother @kanyewest remember when you showed up to perform at @defpoetryjam you were with @damondash and you were the hot producer signed to record your first Ablum on Rockefeller /defjam you did that very introspective poem about the conflicts of stardom i was like shouldn’t he record ? lol Damon laughed at me … 😂And do you remember this day when we occupied wallstreet ? you were so curious and Showed so much compassion God still has got bigger plans for you young man i believe you will be a source of healing and health for many, Congrats on @pushat remember you are not only a king but a kingmaker !! Choose with God and it will get easier as you get older I know I’m old 🙏🏾 You are just getting started stay strong and be happy all love

Happy birthday to my son Kanye!! Thank you for being a constant inspiration, for being the most wonderful father, friend, husband and son. I am so blessed to have you in my life. #HappyBirthdayKanye #proudmama #love