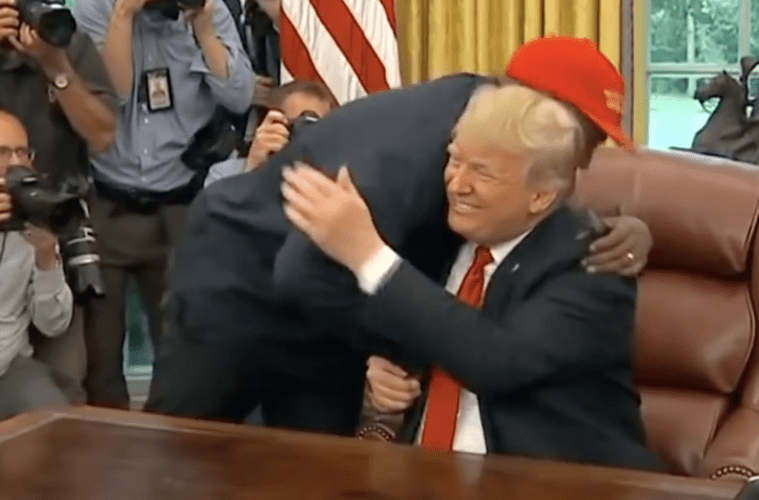 Grammy-winning rapper Kanye West might have to wait a bit longer before seeing if the United States wants him to run the country. President Donald Trump has hinted at the idea of stalling and delaying the November presidential election.

On Thursday, the head of state went to his reliable Twitter page to practically break the Internet. Trump shared his personal issues with universal mail-in voting and said the election should – as a result – be delayed.

“With Universal Mail-In Voting (not Absentee Voting, which is good), 2020 will be the most INACCURATE & FRAUDULENT Election in history. It will be a great embarrassment to the USA. Delay the Election until people can properly, securely and safely vote???” -Donald Trump’s Twitter

The unexpected Twitter outburst follows more speculation about how much support party support Trump has as the election creeps closer. Analysts believe key Republican states are losing hope in the head of state.

The tweet calling for postponing the election also comes as poll after poll suggests President Trump is losing in key states, including Florida. The latest survey, by Mason-Dixon, showed Democratic presidential candidate Joe Biden topping Trump in the Sunshine State by 50% to 46%, with 4% undecided. Other polls have shown Trump losing by even wider margins in other battleground states like Michigan and Pennsylvania. Trump disputed those polls this week saying “I think our poll numbers are very good.” (Palm Beach Post)

Despite the speculation and the mighty Twitter fingers, Trump alone doesn’t have the power to delay November’s election. Donald would need a little more muscle to pull off the feat.

Donald Trump can’t delay November’s presidential election without Congress, partially controlled by the Democrats, first approving the decision. If he didn’t already know this, someone has certainly told him by now. The president also must know that tweeting about a delay – even framed as an “I’m just asking!” question – is sure to ignite a political firestorm, particularly after he has repeatedly refused to say whether he’d accept an adverse result in the upcoming presidential election. (BBC)

Over the past few weeks, rap star Kanye West has made major pushes to prove he’s serious about running for president. In addition to showing up at a South Carolina rally earlier in the month, Kanye – much like Trump – has relied on Twitter to make major political proclamations.