At various times throughout its history, hip hop and its practitioners have attracted attention from outside the genre.  In other words, there have been moments when hip hop had everyone talking, even those who don’t like it.

Below are 10 significant moments when hip hop transcended its genre (although a few entries are ongoing).  These events range from marriage to death and awards to award shows.

Are these the only ten moments?  Of course not.

Did we miss some?  Probably.

Did we include some moments that aren’t worthy?  Maybe.

It really doesn’t matter if you agree or disagree with our list.  All that matters is you’re talking about hip hop. 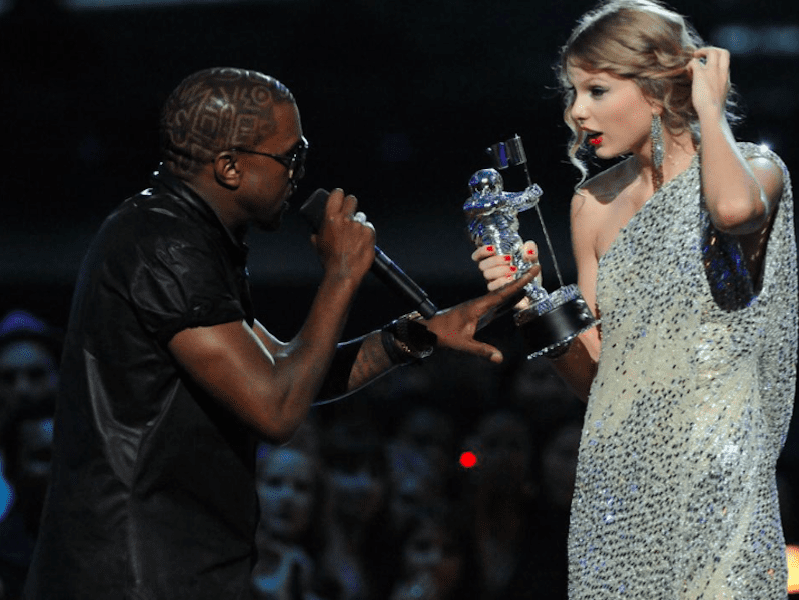 The year was 2009.  The place was Radio City Music Hall.  The event was the MTV Video Music Awards.  The incident not only had everyone talking, but created enough internet memes to choke Al Gore.

You can agree or disagree with West’s argument that Beyoncé should have won.  What you can’t argue with is the incident propelled Taylor Swift into even more superstardom.  Everyone loves a victim.

With or without nuptials to the most popular entertainer in the world, Jay-Z was famous.  After all, he has more number one albums then any solo artist (14).

The couple’s relationship continues to attract attention.  Granted, it’s usually of the tabloid kind, but as they say, all publicity is good publicity.

Heck, whenever they announce that they’re pregnant the internet breaks.  Not only that, but his extramarital affairs have inspired a lot of great music.

3. “Hot I Herre,” “Yeah,” and “Wild Thing” Played at Every Wedding Reception 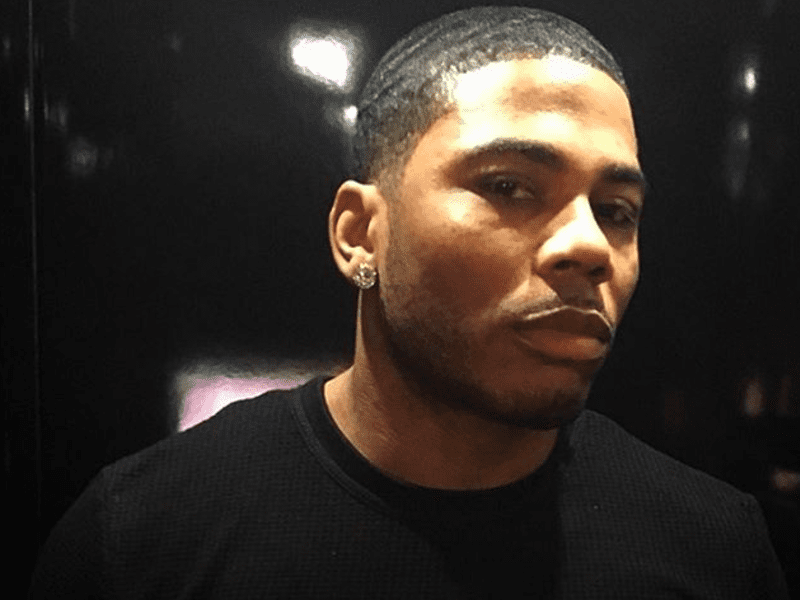 This doesn’t necessarily get people talking, but it is an example of how hip hop has transcended the genre.

Regardless of who’s getting married just about every wedding reception is enhanced, or ruined (depending on your point view), by a group of about a dozen hip hop songs.  This cadre of tracks is led by Nelly’s “Hot in Herre,” Usher’s “Yeah,” and Tone Loc’s “Wild Thing.” 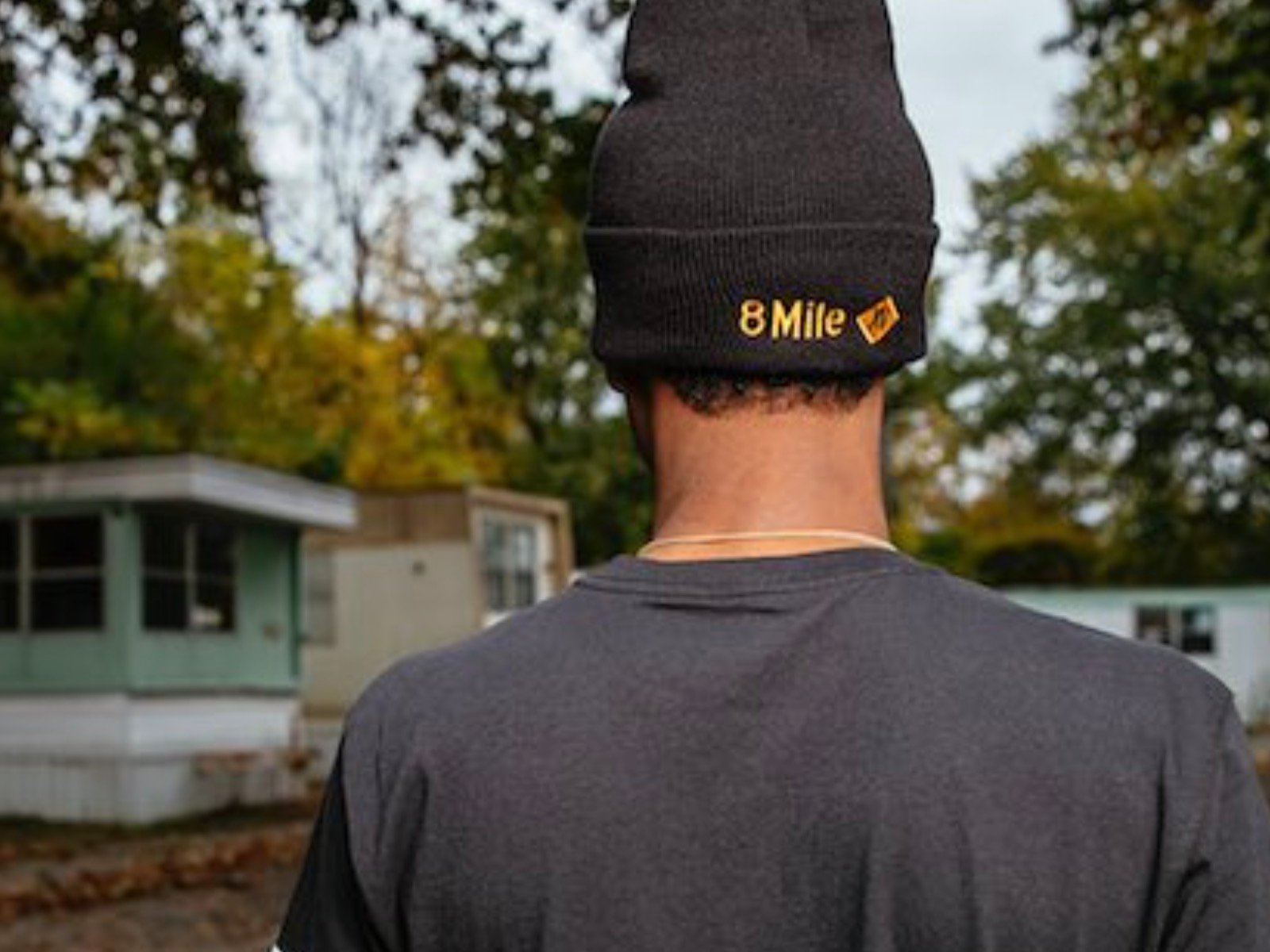 The film 8 Mile was released after The Marshall Mathers LP and The Eminem Show.  Both albums sold more than 10 million units. 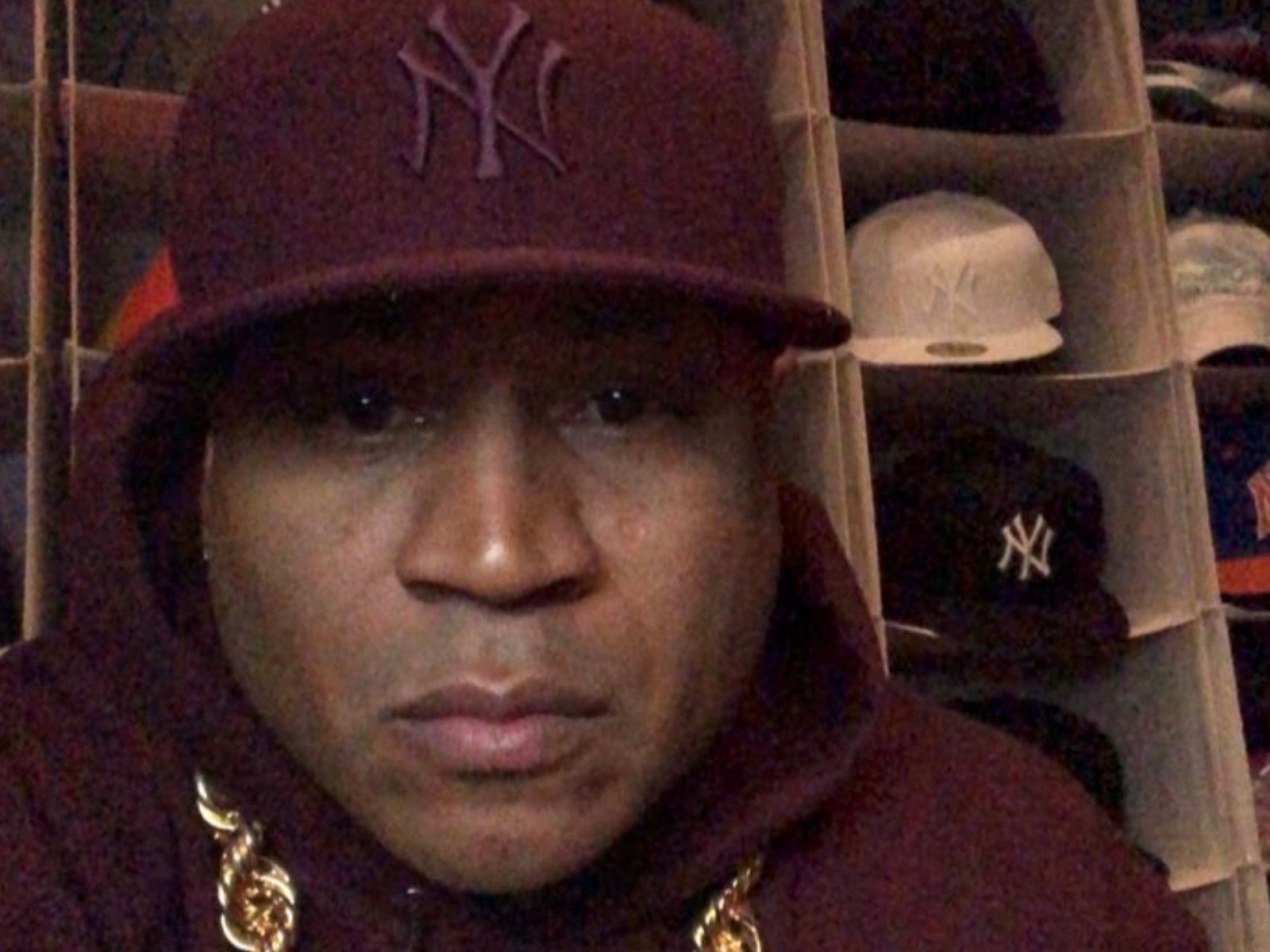 In a 1997 episode of the sitcom NewsRadio, Bill McNeal, played by the great Phil Hartmann, believes he’s discovered the story of the decade: rap lyrics are evil.

His boss mocks him by saying that it’s not breaking news now nor a decade ago when everyone was actually talking about the evil of rap lyrics.

In real life, a rap song that attracted a lot of attention from media and parental watchdog groups was N.W.A.’s “F**k tha Police.”  What’s sad is that song was released in 1988 and it resonates as if it was released in 2017.

6. Opening Credits of Spike Lee’s Do the Right Thing 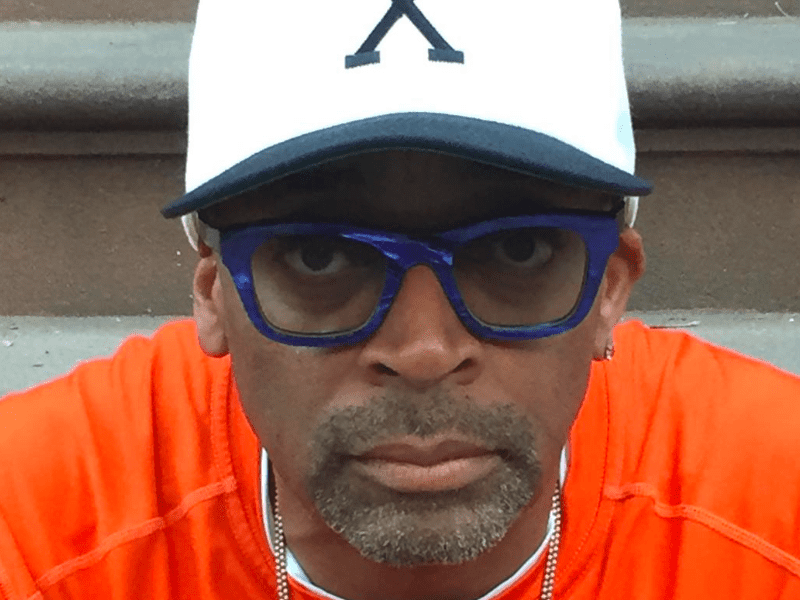 You watched Do the Right Thing all the way through… at least once.  But you rewound and watched the opening credits, featuring Public Enemy’s “Fight the Power,” a hundred times.

Not only did the opening to Spike Lee’s joint have one of the greatest songs of all-time, it also had Rosie Perez dancing (and thankfully, not talking).

The song was also used in scenes involving the character Radio Raheem.  A great character but not as easy on the eyes as Ms. Perez.

7. The Miseducation of Lauryn Hill Captures the Grammy Award for Album of the Year 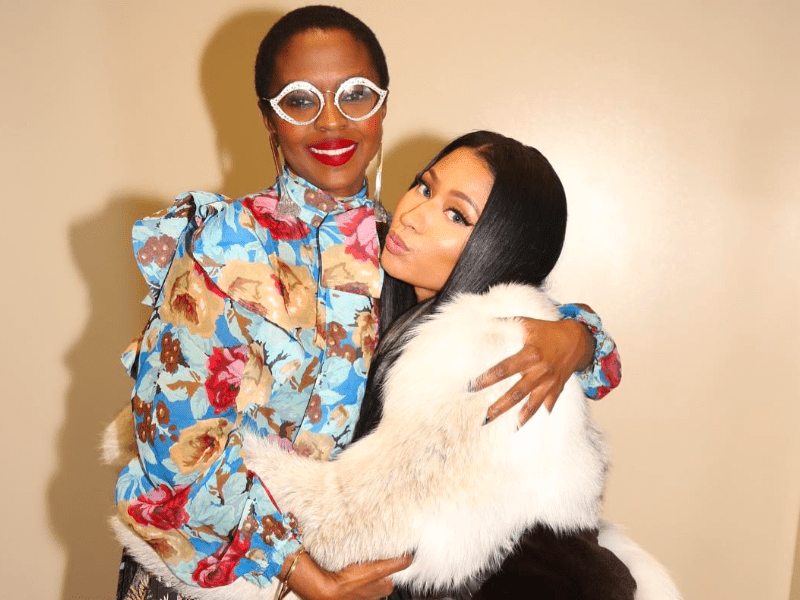 What’s the first hip hop album to win the Grammy Award for Album of the Year?  Well, the answer is obvious.  It’s in the title of this entry.

All apologies for being anticlimactic, but Lauryn Hill’s debut solo album broke all kinds of records for female artists in 1998.  Then, it set a milestone by winning the most important Grammy Award at the 1999 ceremony. 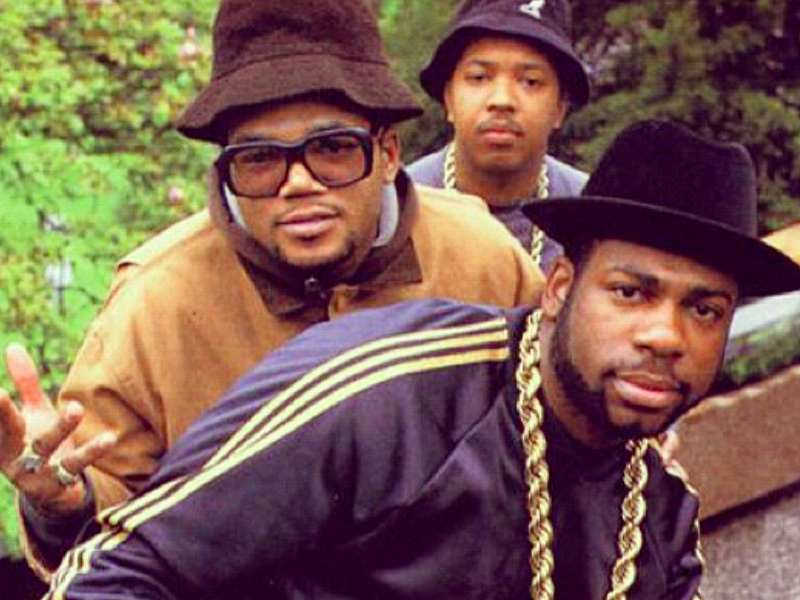 Run-D.M.C.’s cover of “Walk This Way” dropped on the 4th of July in 1986.  The song was a landmark in popular music as it combined hip hop with rock.  The song turned Run-D.M.C. into rap gods and revitalized the career of Aerosmith.

Even more interesting, neither Run nor D.M.C. had heard of the song before they recorded it and neither was excited about the project.  Thank god for Rick Rubin.

9. Tupac Shakur is Dead… or Not 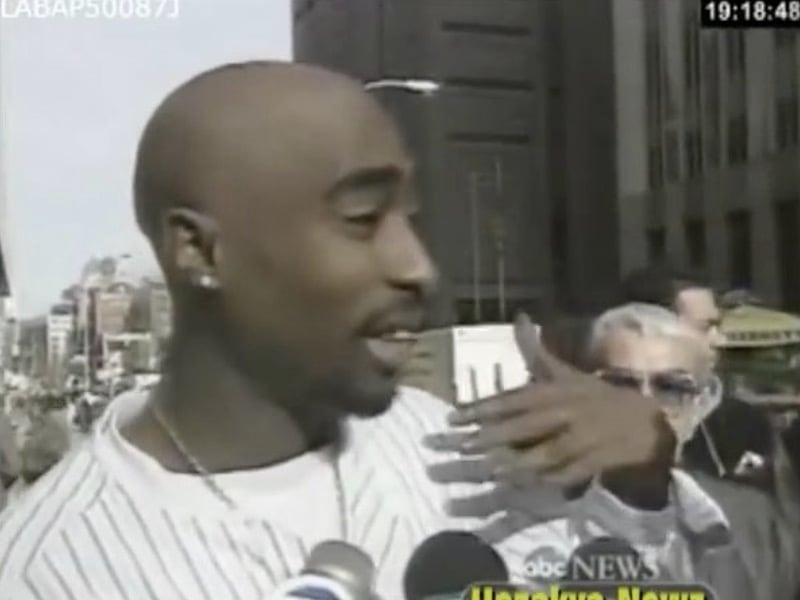 Everyone loves a conspiracy theory.  Hip hop has a pretty good one, the Tupac Shakur conspiracy.

Tupac Shakur was fatally shot to death in 1996 in Las Vegas, Nevada.  While his persona has grown exponentially since his demise, some claim to have seen the Oakland native alive and well.

Yes, some of those claims are made with tongue firmly planted in cheek, but it’s still a conspiracy theory that everyone knows, even those that don’t know anything about hip hop. 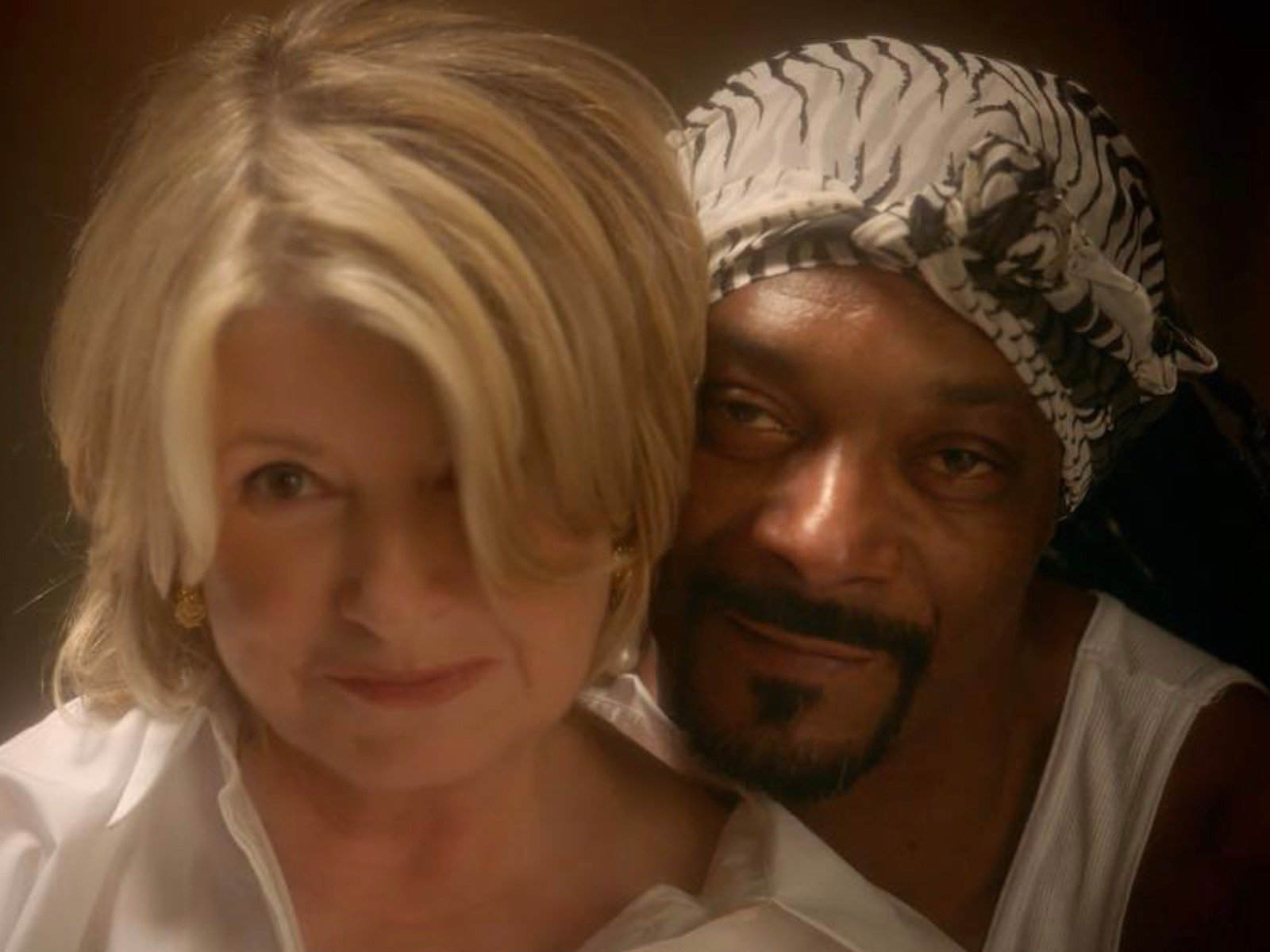 Martha Stewart and Snoop Dogg have their own variety show on television.  The combination of the two personalities is peculiar.  Stewart is the world’s preeminent home stylist and Snoop is a legendary rapper whose lyrics have extolled marijuana, causal sex, and hard partying.

They do have one thing in common.  They’re both felons.

Stewart was convicted on federal charges related to insider trading.  Dogg served time for selling drugs and was on trial for murder.  He was acquitted thanks to the legal wrangling of Johnnie Cochran.

The Potluck Dinner Party—as well as Ice Cub in a family comedy (Are We There Yet?) and Ice-T on Law & Order: Special Victims Unit (for 18 seasons)—highlights just how far hip hop has come.