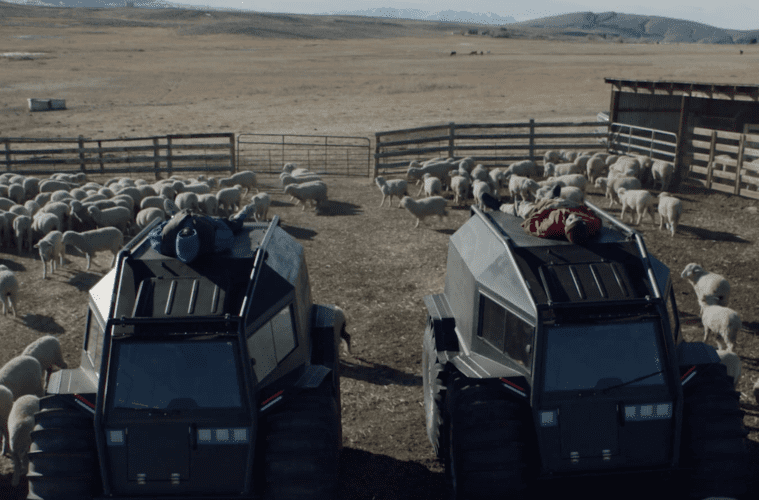 Kanye West Talks About Turning His Wyoming Ranch Into Yeezy Campus: “We Live In Boxes”

Grammy-winning rapper Kanye West has a lot to talk about. The hip-hop superstar appears in a new GQ video discussing his motivation behind turning a Wyoming Ranch as the ultimate Yeezy Campus go-to.

In the must-see clip, Kanye gets extra deep with his philosophies. Mr. West discusses his connection to Wyoming and how society has people conditioned to being in boxes.

In January of 2020, we went to visit Kanye West at his ranch near Cody, Wyoming—and found the property in the early stages of its transformation into a Yeezy Campus. Here, GQ’s Will Welch talked to Kanye about his vision for the future. (GQ)

Yeezy Lands On May GQ Cover

On Wednesday, GQ shared its new must-see cover. The May issue features Kanye by himself in a massive machine and rocking a pair of signature sunglasses.

“Presenting GQ’s May cover star: Kanye West. Hit the link in bio to read the story by @WillWelch. Photographs by @Tylersphotos.” -GQ’s Instagram

Pics from the must-read issue have already started to circulate online. The shots show Ye by himself surrounded by mountains.

In mid-February 2020, Kanye linked up with a slew of celebrity pals. West rubbed elbows with rap heavyweights Fabolous and A$AP Ferg. The images were taken backstage of Kanye’s Sunday Service.