Kanye West Spanks Media For Swiping Souls: “They Take Something Out Of You” [Video]

G.O.O.D. Music boss Kanye West gave a very public service announcement during his Saint Pablo Tour this past weekend. Yeezus spoke out on the power of media and outlets’ ability to weaken people.

During his packed Boston Saturday (September 3) show, Yeezy did not hold back on the ills of media.

“The media from day one, from when you were little a** kids, they teach you not to love yourself. They take something out of you and they try to sell it back to you,” Kanye said to a jam-packed audience. “Something that you’ve been fighting for your entire life that’s taken from you as a child. That you always had inside of you. That’s self-love.” 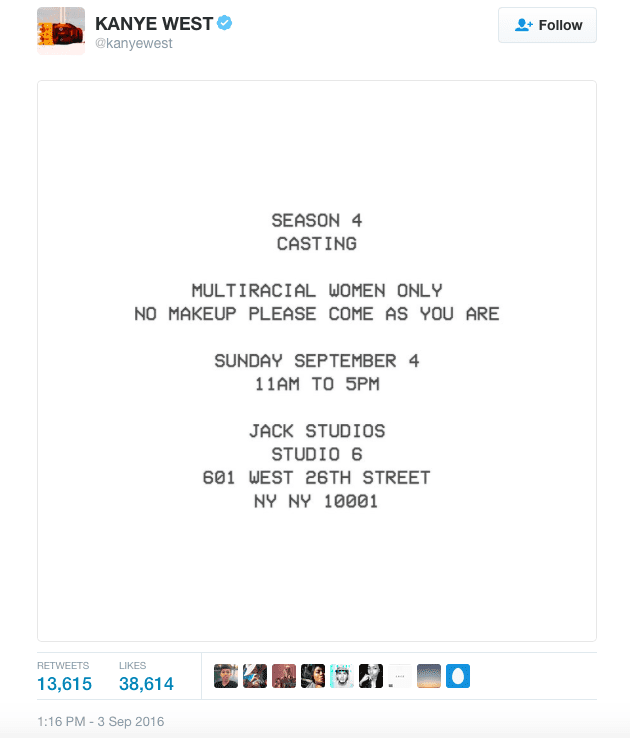 Kanye West is to hold his Yeezy Season 4 fashion show on September 7. West‘s representative confirmed that the show will be held in the afternoon on the first day of New York Fashion Week, but said that the event’s time and place will be announced at a later date. (WWD)

Back in February, Kanye blew fans away with his star-studded Yeezy Season 3 NYC rollout.