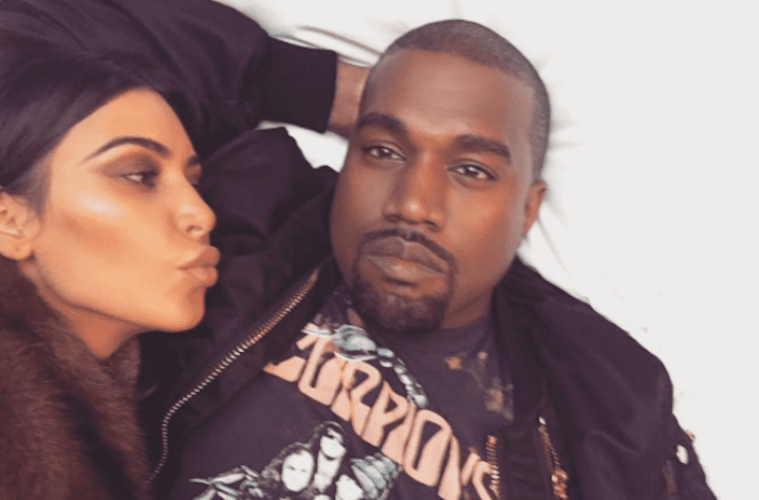 Grammy-winning rapper Kanye West is putting his all into supporting Frank Ocean. The G.O.O.D. Music head has publicly called for radio to get behind Ocean’s new Blonde album.

Yeezy unleashed a mini-Twitter post spree about radio needing to get behind the must-hear release. 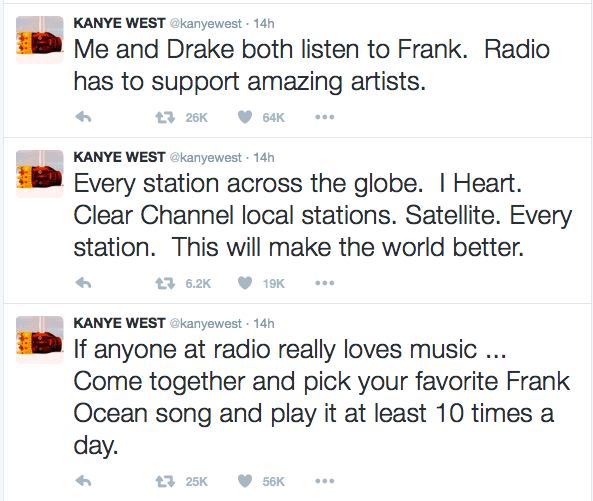 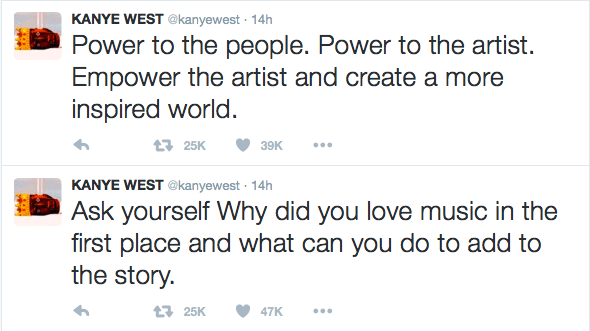 During her eighth and final sold-out performance at the Staples Center in Los Angeles on Sunday night (Aug. 21), the British superstar praised Ocean’s long-awaited album Blonde. “I actually prefer it to channel ORANGE,” she told the crowd. “Go listen to it. Go buy it. He’s amazing. He’s precious. We have to adore him.” (Rap-Up)

Adele talking about Frank Ocean's #Blonde at @STAPLESCenter: "I actually prefer it to 'channel ORANGE'"

Based on early projections, Ocean’s Apple Music exclusive should easily push out over 200,000 copies in its opening week.

Frank Ocean is set for his first No. 1 album on the Billboard 200 chart with his new album, Blonde, according to industry forecasters. The album was released on Aug. 20 exclusively for sale through the iTunes Store and to stream via Apple Music. Sources suggest the album could debut at No. 1 with upward of 225,000 to 250,000 equivalent album units earned in the week ending Aug. 25. (Billboard) 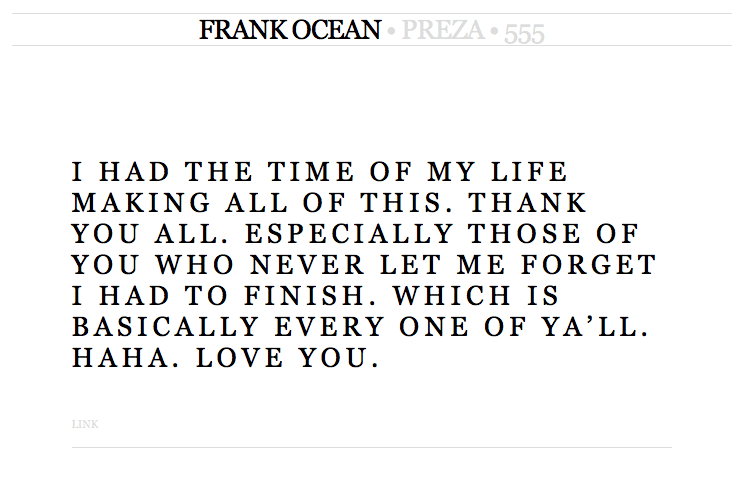