Kanye West Reveals His New Album Is Still Untitled: “We Don’t Have A Name Yet” [Audio]

Grammy-winning rapper Kanye West has updated fans on the status of his upcoming solo album Waves and revealed the project is technically untitled.

Speaking to radio host Big Boy, Yeezy dished on the process of finding an album title.

“We don’t have a name yet,” Ye revealed. “I wanted to get people’s opinions on how they felt. What I’ve really come to realize about being a celebrity or musician or someone that’s on the other side of the Internet or the other side of the TV is everybody is our family. With family, if something bad happens, you’re going to hear about it – so we are everyone’s family and I feel like what’s really cool is people can tweet, chime in or say the vibrations they felt about something – [When it’s released, expect] ultra light beams. I’m trying to open up hearts, minds, ” (“Big Boy TV”)

Check out Kanye West’s full interview on the next page…

Kanye said he views his new album as being comparable to projects released from hip-hop moguls like Jay Z, Q-Tip and Puff Daddy on Twitter Tuesday (February 2). 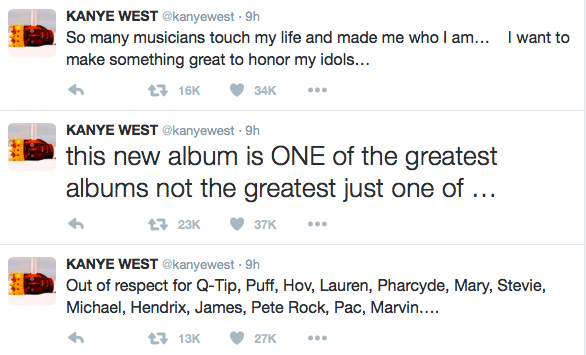 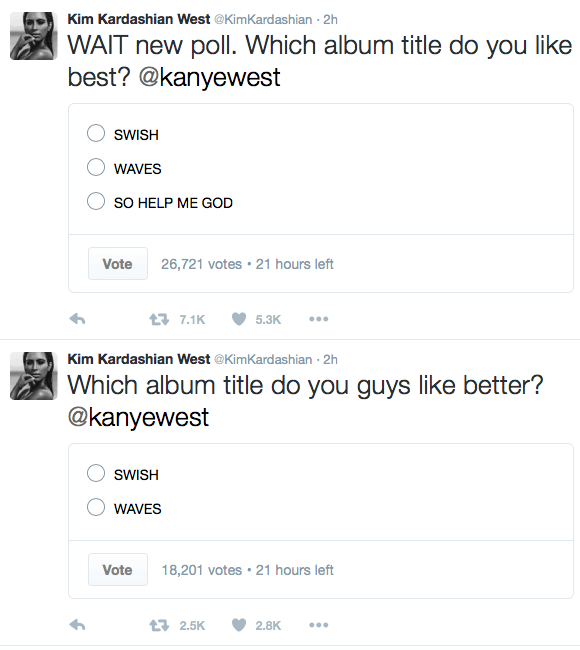