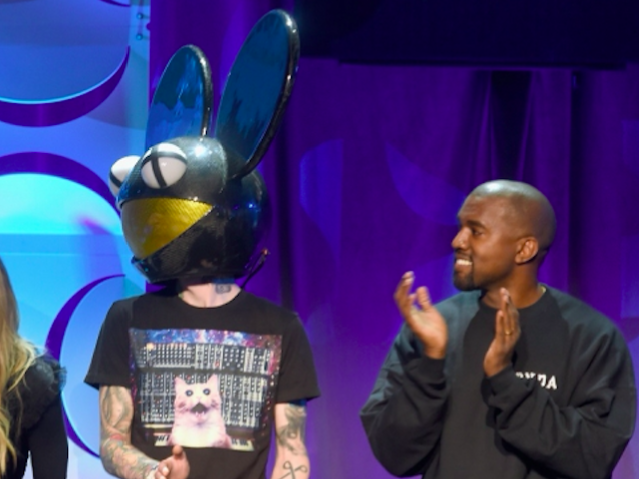 Kanye West Responds To deadmau5’s Disses: “Do You Do Birthday Parties?? My Daughter Loves Minnie Mouse” 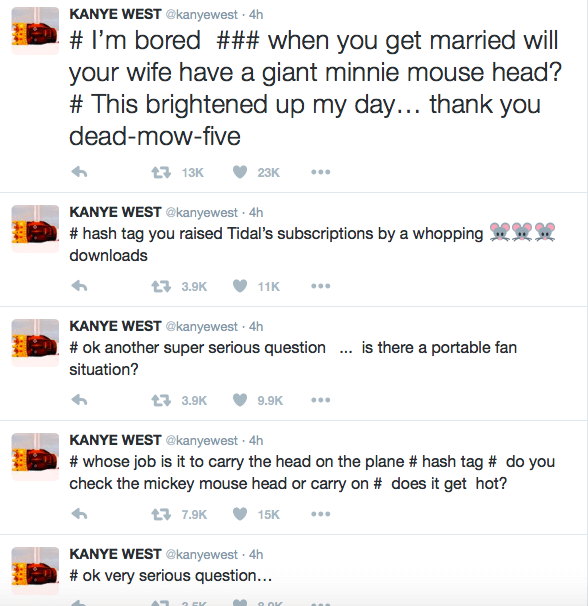 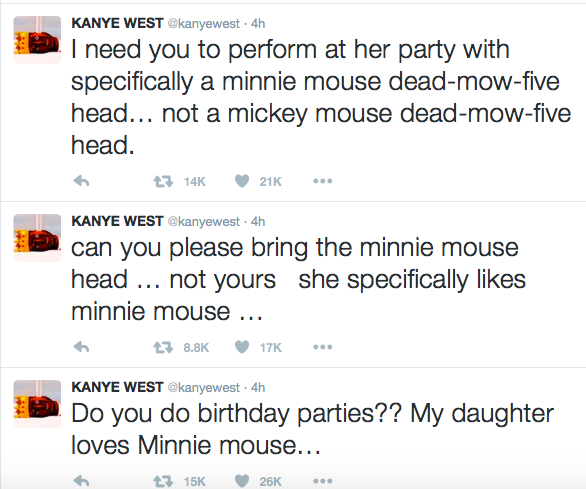 The rapper uploaded a picture of his laptop screen which showed him listening to Sufjan Stevens. However, DJ Deadmau5 looked a little bit closer and spotted that Kanye had a tab open for illegal file-sharing site The Pirate Bay. He appeared to be trying to download music editing software, Serum, to which the DJ called him out, using some pretty strong words. (MTV UK) 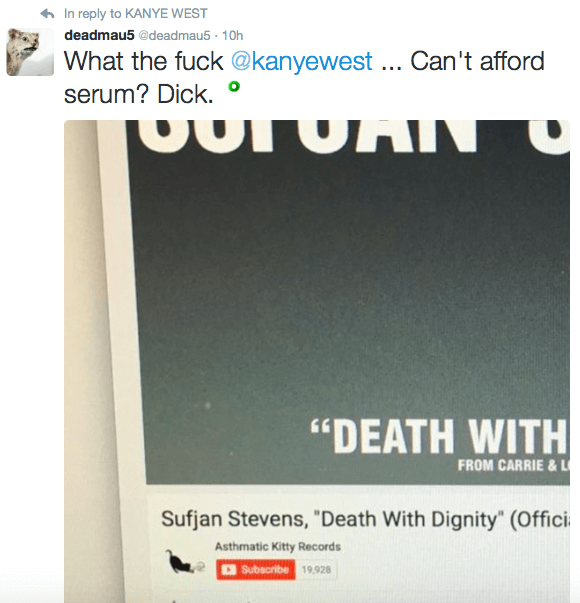 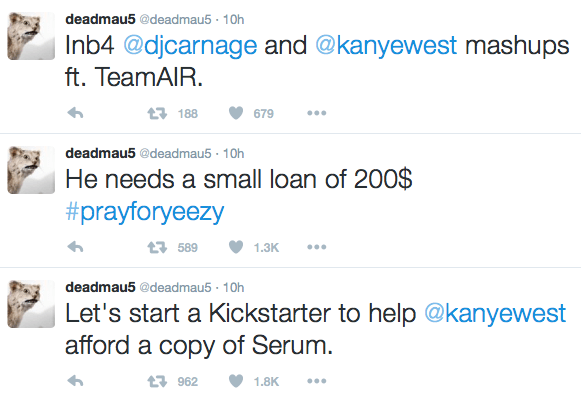 A few days ago, Kanye teamed up with former G.O.O.D. Music artist Kid Cudi for a studio session.

We’re still processing The Life Of Pablo, but Kanye West isn’t waiting for any of us to catch up. He has already begun work on his next album, presently named Turbo Grafx 16 and due this summer. West appeared on Instagram alongside long time collaborators Kid Cudi, Mike Dean and Plain Pat with the caption “Turbo Grafx 16 Day 1”. (FACT Mag) 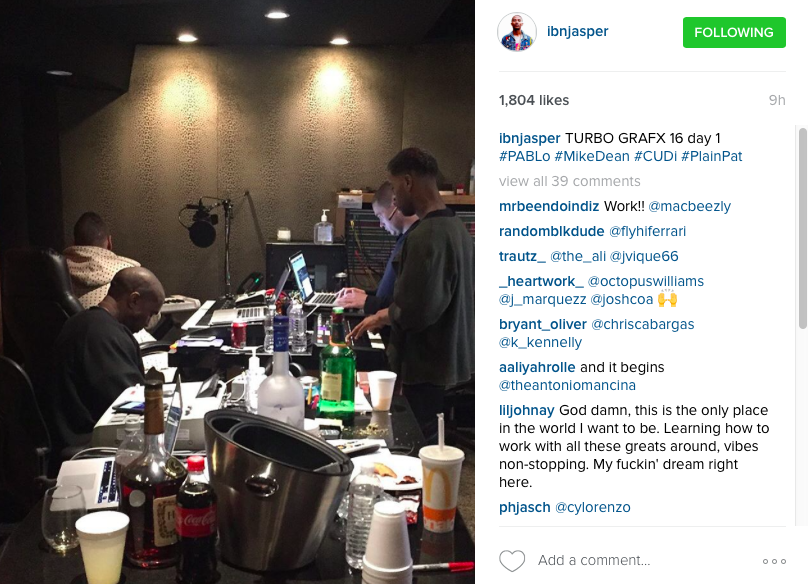