Grammy-winning rapper Kanye West has upped the bar for how music videos should look with the rollout of his new “Wolves” visual.

Kanye West doesn’t release as many videos as he used to, but he returns on Friday with the official visual for “Wolves,” which serves as part of his newly-announced Balmain campaign. In the video, Kanye is walking on a runway, while Kim Kardashian, Sia, and Vic Mensa are also featured throughout. (Complex)

Kanye is involved in a new Balmain campaign. 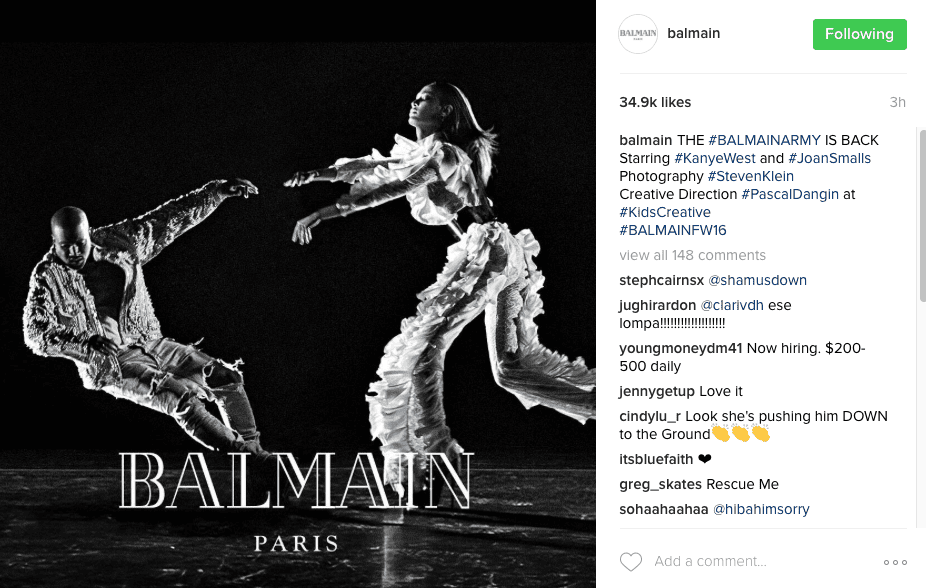