Grammy-winning rapper Kanye West‘s really living out his rap lyrics. The hip-hop artist actually paid out $250,000 for a sex tape featuring himself and an unnamed woman.

According to Yeezy’s 31-year-old cousin Lawrence Franklin, Yeezy paid a quarter of $1 million to get back x-rated footage from his laptop. 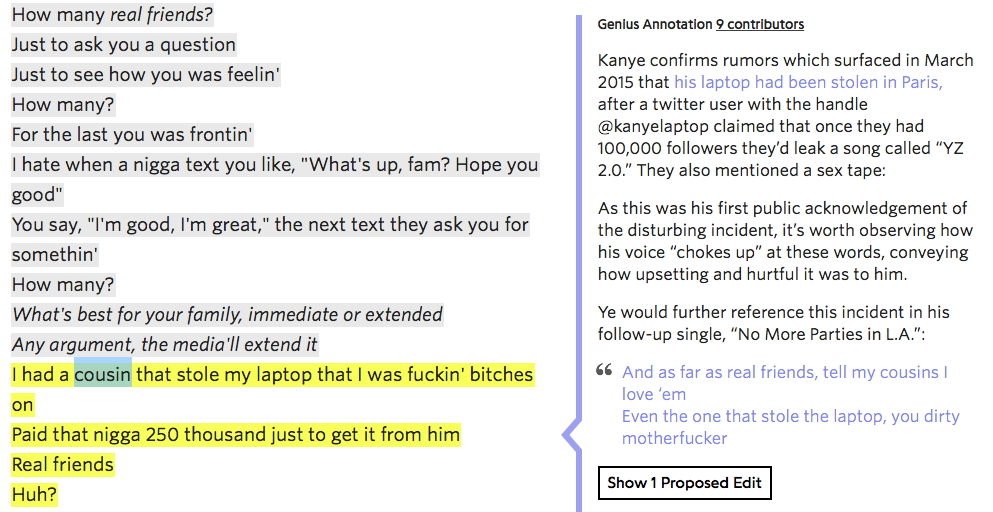