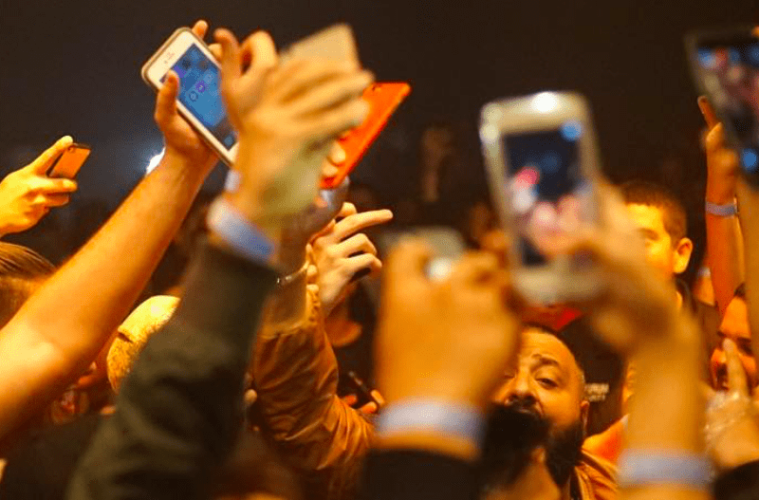 Grammy-winning rapper Kanye West‘s must-see Saint Pablo Tour has received quite possibly the biggest co-sign courtesy of DJ Khaled. The Miami producer put his body on the line to join an all-out mosh pit at one of Yeezy’s recent California performances.

This week, Khaled put up footage of himself wilding out during one of Ye’s Los Angeles shows.

This evening, Kanye West brought his Saint Pablo Tour to the Forum in Inglewood, California. However, after only 45 minutes on stage, he was forced to cut short his performance after losing his voice. “I can’t let you have a show where I can’t perform for you,” he told the audience,” adding, “I’ll give everyone a refund, I’ll do better next time.” (Consequence of Sound)

"Turn the lights up, shows over. I can't let ya'll have a show where I can't perform. I'm sorry." #SaintPabloTour pic.twitter.com/m0R0BpgsOz

Seems pretty understandable…The tour was suppose to end right after Vegas. Ye has been giving it his all every show…

According to reports, Ye had performed a handful of back-to-back performances.

This was Kanye’s seventh gig in nine nights – after adding three additional Inglewood shows from when the tour was originally due to pause. Kanye is expected to soon announce a UK and European leg of the Saint Pablo tour. (NME)