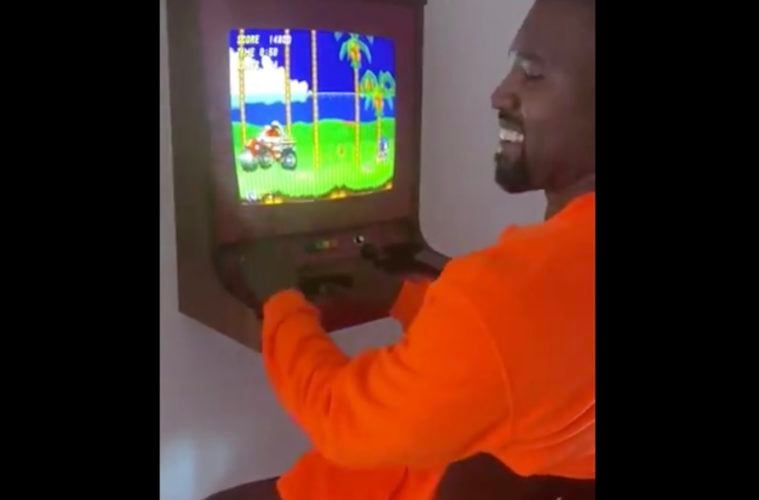 Kanye West Playing Video Games At Kid Cudi’s Crib Is A Must-See: “This Is My Son’s Favorite Character”

Rap superstars Kid Cudi and Kanye West are flexing their friendship goals for the entire world to see. This week, Cudder went to social media to share a priceless moment of the pair hanging out together and bonding through video games.

Cudi took to Twitter to let fans in on a video of Kanye playing SEGA icon Sonic at his house. In the clip, Cudder just watches and Kanye West showed his love for the game, as he’s seen talking about Sonic being his son’s favorite video game character.

Following that post, Cudi thanked director John Francis Daley for putting him onto the insane arcade system, which can hold thousands of games. Daley responded with the creator’s name.

“Shout out to @JohnFDaley for puttin me on to that epic arcade game! Can hold thousands of games, super nintendo, nintendo, sega, arcade games, atari etc” -Kid Cudi’s Twitter

Cudi is gearing up for the big screen. Although he’s acted before, he’s taken on a new type of show. Last week, he announced a new animated series with Kanye. The “Kids See Ghosts” animated show will even feature Mr. West doing his own Yeezy bear character’s voice.

Cudi is here for good vibes only. The hip-hop veteran went online recently to dish out some thoughts on starting up something new to spread love and also connect with fans. Cudder went to his social media pages to say he would be starting a new podcast and bringing artists and fans on board and it would be a strictly positive environment.

“Should I do my own podcast?? Ok… im doin my own podcast then. All love no sh*t talking. Only uplifting artists and talkin w my friends and fans. All positive vibes! It’ll be like ur hangin w me smokin and shootin the sh*t for awhile. Itll be meant to comfort the lonely.” -Kid Cudi’s Twitter