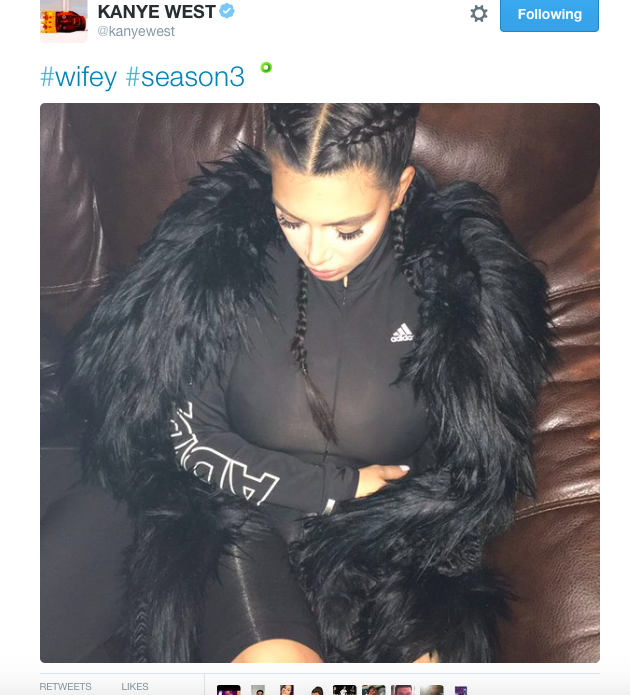 According to reports, Mr. West will unveil his latest collection to the masses next month in New York City.

Mark your calendar: On February 11, 2016, Kanye West will take over the worlds of music and fashion—or at least all conversations you have about music and or fashion. On that date, at 4PM EST to be exact, Mr. West will debut Yeezy Season 3, the third installment of his highly hyped high-end sportswear label, as part of New York Fashion Week. At the exact same time, the world will finally hear Swish, West’s 7th (and amazingly named, if you ask us) solo album. And all of it’s going down at the world’s most famous arena: Madison Square Garden. (GQ)

TMZ’s correspondent pressed West about the bottom line, telling the rapper he needs to drop his current prices. He agreed. “We’re gonna get ’em lowered!” West enthused as he and security stepped into an elevator. He gave no further details about how the brand was planning to cut its costs, but assured the change is imminent. “Yeah, next season,” said West, before wishing blessings to David Bowie’s family and signing a fan’s record. (i-D Vice)