Search
Menu
https://www.sohh.com/tag/kanye-west/
1.9k Views Comments Off on Kanye West Isn’t Hear For The Facts – At All: “I Can’t Say [Abraham] Lincoln Was Black Or White”
Share

Grammy-winning rapper Kanye West is speaking his mind for better or worse. The hip-hop star has delved into his thoughts on the United States’ 13th Amendment and possibility of former president Abraham Lincoln possibly being black.

Approached by a paparazzo Sunday, Yeezy dished on why research is needed to fine-tuning the 13th Amendment.

“What I was saying was the 13th Amendment is really slavery in disguise and it’s something we need to look into so I’m opening up the conversation, right? So when I speak, I have a feeling and I open up the conversation. There’s a lot of things we don’t want to talk about. Let me explain some of the things that I wrote down on the plane. The principles that wrote the Constitution are Thomas Jefferson, James Madison, Thomas Payne and John Adams. All white men. No women, no Jews, no black men and we need to look at it. We need to examine it. One of the things about me tweeting about that, the 1st Amendment, is the right to free speech. Right? But in this like social media [era], people try to take your rights away, your rights to free speech – that’s why we’re in America. That’s why America is great. I can sit here in this diner right now – Lincoln is like, conspiracy, some people think that he might have been black. You’ve heard that right? I can’t say Lincoln was black or white.” (TMZ)

Yeezy also said he would appear at gossip publication TMZ Monday (October 1) and open up some serious dialogue.

“Let’s open up the conversation and do some more research, I’m gonna see [TMZ’s] Harvey [Monday] morning and I’m going to do some more research – listen to what I’m saying. You listen but you don’t hear me, listen and hear me, I know you might have more questions. You got more than you probably thought you’d get and you’re like shaking as you’re talking because you can feel the divine energy through me. Yeah, you can feel the energy, right? What I’m saying is I won’t be deep into submission of having lack of information on-camera, I’m going to go and build up the information and I’ll speak with Harvey.” (TMZ)

Writer Yashar Ali publicly tried to make sense out of Kanye’s issues with the 13th Amendment.

SNL musical guest @kanyewest says the 13th amendment, which abolished slavery, should be repealed. Yes, the 13th amendment also allowed for prisoners to be used as slave labor but he doesn’t articulate that in his tweet leaving people confused and others delighted. pic.twitter.com/aiEPVH4up2

Earlier in the day, Kanye talked about his problem with the 13th Amendment.

this represents good and America becoming whole again.  We will no longer outsource to other countries. We build factories here in America and create jobs.  We will provide jobs for all who are free from prisons as we abolish the 13th amendment. Message sent with love pic.twitter.com/a15WqI8zgu

not abolish but. let’s amend the 13th amendment

We apply everyone’s opinions to our platform

Comments Off on Kanye West Isn’t Hear For The Facts – At All: “I Can’t Say [Abraham] Lincoln Was Black Or White” 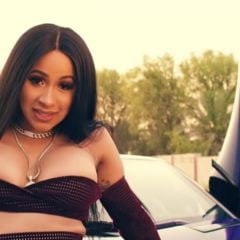 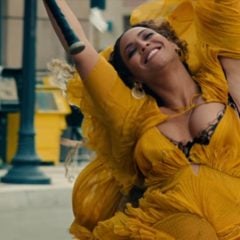