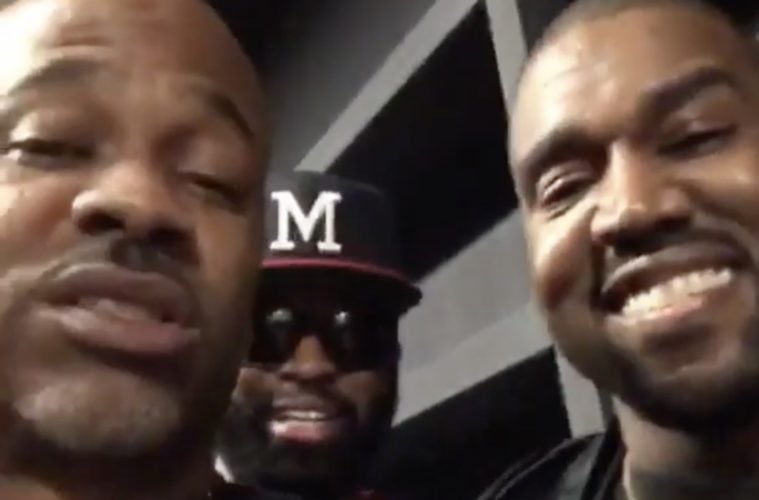 New footage has surfaced of both Kanye and Charlamagne hanging out this week in California.

We got Kanye leaving his office in Calabasas with “The Breakfast Club” host Wednesday night, and asked if the 2 listened to Ye’s new — and highly anticipated — album. Kanye doesn’t say much … but the smile on his face speaks volumes. Our sources tell us Charlamagne got to listen to a good portion of the album — not just “some s**t” — and was with the rapper to do an interview about it. (TMZ)

This week, Kanye has lit up his Twitter page with a range of life topics.

don't trade your authenticity for approval

truth is my goal. Controversy is my gym. I'll do a hundred reps of controversy for a 6 pack of truth

if you wanna see the true character of person watch the way they treat someone who can't do anything for them.

Earlier in the week, Ye’s wife Kim Kardashian joined in on the fun by responding to one of his tweets.

Sometimes you have to get rid of everything

For anyone who has absolutely no humor in their soul please know my tweets are a joke and I will die laughing if I see blogs and media really think I am being serious. So don’t even try it.

Might need some more for the kids? Just not clear on what everything really means. I need clarity. Thanks for being such a good friend. Maybe John can call and inquire? But maybe he means friends too? This is confusing. https://t.co/HLUkMiZCLU

Recently, Kanye talked about having bigger desires than putting out successful Adidas and Yeezy apparel.

“At Adidas, I have Yeezy, but it’s a namesake brand. It’s my nickname. We do these sneakers that sell out and we get, “Oh, this is the number one brand on Women’s Wear Daily.” And I don’t wish to be number one anymore, I wish to be water. I wish to be closer to UNICEF or something where I can take the information that I have and help as many people as possible, not to just shove it into a brand.” (The Hollywood Reporter)