Kanye West Drags Canadian Producer & Macklemore Into Latest Twitter Rant: “What The F*ck Does He Know About Rap…”

Grammy-winning rapper Kanye West has resumed his never-ending Twitter antics by going on a mini-rant against Canadian music producer Bob Ezrin this week.

Yeezy went at Ezrin and even made reference to Grammy winner Macklemore in a series of tweets last night (February 23). 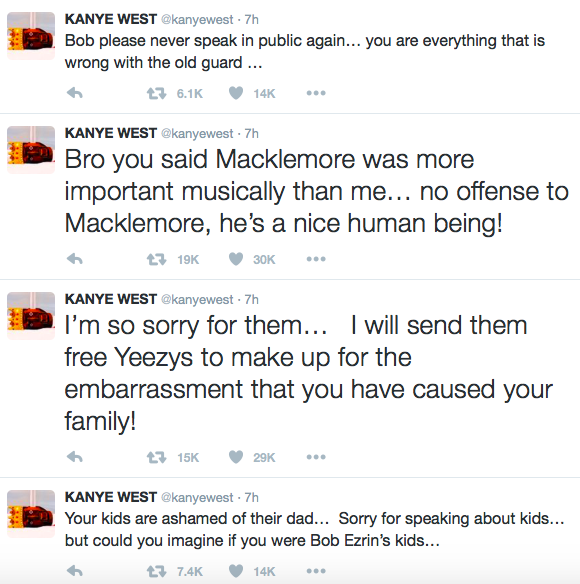 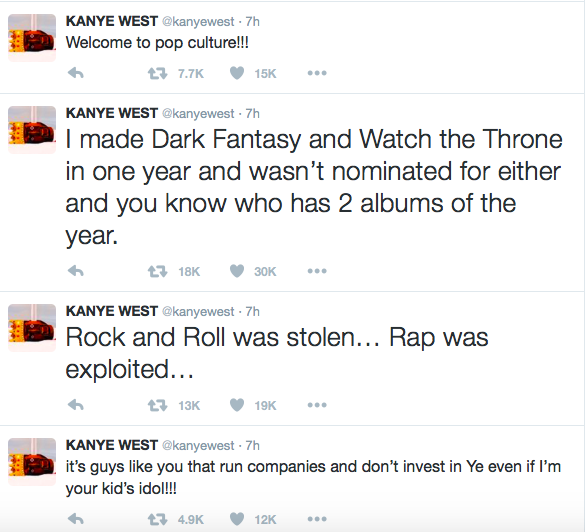 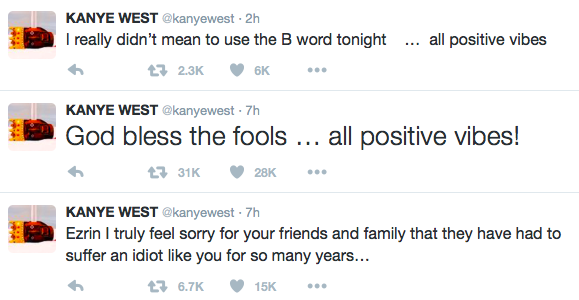 This week, Ezrin took a few jabs at Kanye’s talent in an open letter.

Earlier, Ezrin had earlier poured scorn on West, noting his greatest achievements have been in the form of “excessive behavior, egomaniacal tantrums and tasteless grandstanding”. He added, “What he is a true artist at is living his life out loud – and shoving it down the throats of the rest of us whether we give a shit or not. He’s like that flasher who interrupts a critical game by running naked across the field. Is that art???” (Billboard)