As seen on SOHH.com - follow @sohh @sohhdotcom
2.6k Views Comments Off on Kanye Reveals His One Piece Of Life Advice
Share

Music icon Kanye West is building up a massive crew and serving up motivation. This week, the G.O.O.D. Music boss took to social media to reveal some time he clocked in with Yeezy construction workers.

One crew member asked Kanye what his one piece advice to carry through life would be. Instead of going into a longwinded response, Mr. West keep things simple – follow God.

This week, Kanye hung out with what he referred to as “YZY FTR” team members and listened to them freestyle. After one worker asked if he could “have a go,” ‘Ye cut the video and documented it in another tweet.

Friday afternoon, Kanye shared a look at a piece of art his daughter North West had created.

Earlier Friday morning, he hinted once more at a presidential run. West tweeted out a picture of himself on Mount Rushmore.

Comments Off on Kanye Reveals His One Piece Of Life Advice 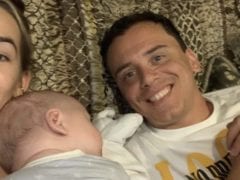 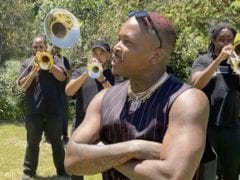