Justin Bieber Pens The Realest Words He Ever Wrote: “I’m A White Canadian & I’ll Never Know What It Feels Like To Be An African American But…”

Pop star Justin Bieber is all about equality. The crooner has come forward with strong pro-Black Lives Matter words.

The Biebs went to Instagram Friday (September 22) to reveal his stance toward equality for people of color. 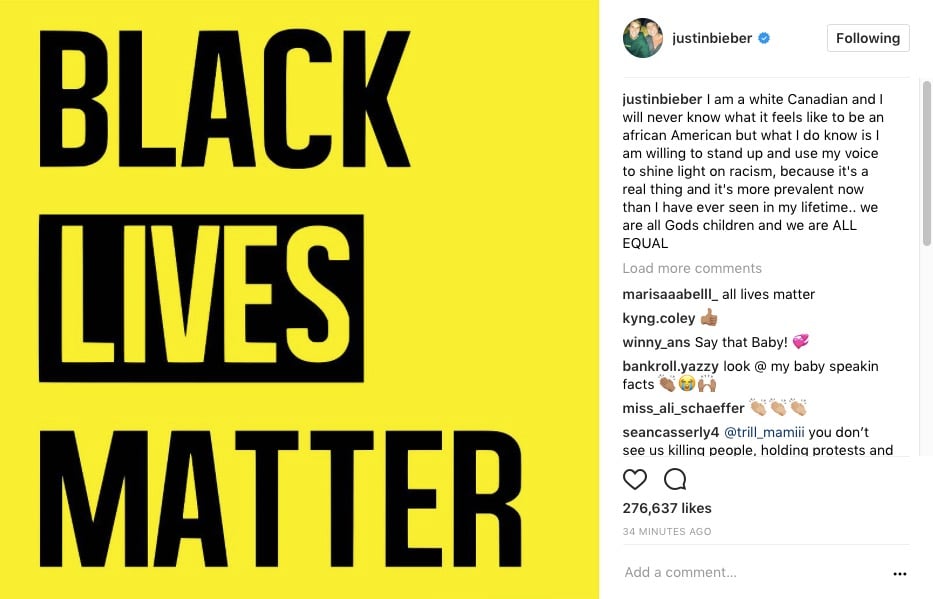 Earlier this month, Justin reacted to buzz about Lil Wayne suffering a seizure.

Earlier this year, the Biebs sparked attention after flexing his rapping skills during a live show.

Justin, who currently has the number 1 song in the country with ‘Despacito’ alongside Luis Fonso and Daddy Yankee, was a guest at the 1OAK nightclub in New York City along with The Chainsmokers last night (May 23). Somewhere during the night, the pop superstar surprised fans in attendance by playing a remix of Kendrick Lamar’s song. “I don’t boast about numbers but Imma keep it 100,” Justin can be heard rapping over the Mike WiLL Made It-produced beat in a preview caught by fans. (Hip Hop N More)