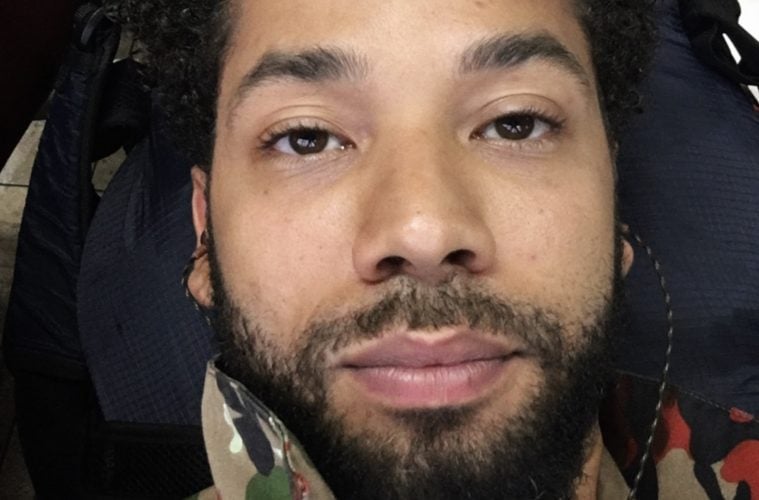 “Empire” star Jussie Smollett is out here looking ready to secure a spot in his show’s sixth season. New reports claim cameras spotted the controversial actor chopping it up in New York City this week with a series executive.

According to reports, media noticed Smollett’s brother moving things out of Jussie’s Los Angeles spot while he made potential power moves in the Big Apple.

The embattled “Empire” star’s baby bro, Jake, got down and dirty Thursday to help Jussie move out of his Studio City crib and into a new home. You might say Jake’s going above and beyond for his bro … because the move was going down while Jussie was in NYC power-lunching with “Empire” honcho, Brett Mahoney — no doubt, discussing his future on the show. Two-pronged attack — Jussie handles biz, while his family handles the personal stuff. (TMZ)

Jussie Smollett’s final episode of “Empire” season 5, and potentially his last episode on the show ever, went up in the ratings from previous weeks, but still posted low figures for the series. The episode, in which Smollett’s character Jamal Lyon tied the knot in TV’s first-ever black, gay wedding, returned a 1.1 rating in the key 18-49 demo and 3.8 million total viewers. Those numbers are a tick up on the 1.07 rating of the previous two weeks, but are still down on the season 5 average, which currently sits at around 1.4. (Variety)

This season, the show has experienced a series low in ratings.

CBS’ Survivor: Edge of Extinction (1.4 rating in adults 18-49, 7.36M viewers) was Wednesday’s highest-rated show in the demo, besting Fox’s Empire (1.1, 3.8M) at 8 PM.The Jamal-wedding episode of Empire held steady at its series demo low for a fourth time in five weeks. Empire’s showing in the key age bracket for actor Jussie Smollett’s final appearance on the show this season — and possibly its series run — allowed NBC’s Chicago Fire (1.1, 8.01M) to tie it as the night’s No. 2 show in that metric; Fire led the night in total viewers. (Deadline)

This week, Jussie’s sister Jurnee Smollett hit up Instagram with some emotional words about his character getting married to another man on primetime TV.