Jurors were deemed “deadlocked” this past Friday over the civil trial determining if Suge Knight should be held liable and pay damages for killing married Compton dad Terry Carter. The presiding judge has ordered them to come back tomorrow. 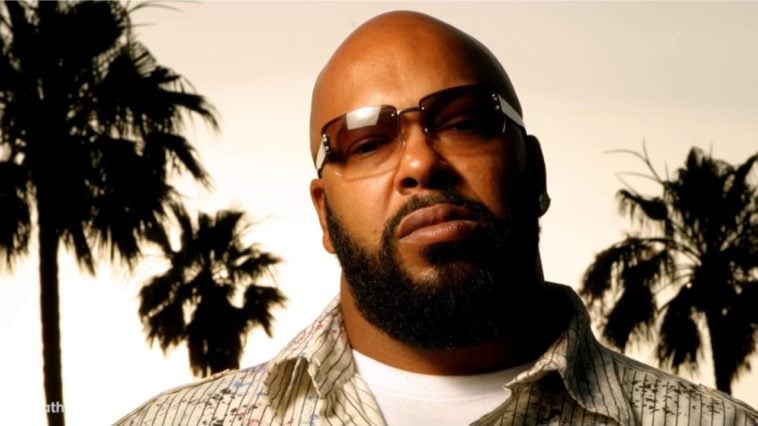 1.7k Views Comments Off on Suge Knight Trial Jurors “Deadlocked” On Verdict After Judge Orders Them To Return This Week
Share

Suge Knight, 57, is serving 28 years behind bars after the rapper pleaded no contest to the voluntary manslaughter of Terry Carter in 2015 with his Ford Raptor truck to avoid a murder trial and a potential life sentence if he had been convicted.

Carter’s family pursued a civil trial asking for damages worth $81 million. During the ongoing civil trial, Knight gave testimony about the fatal incident and claimed that he visited the production base camp of “Straight Outta Compton” that day with hopes of meeting Dr. Dre to let him know police have allegedly told Knight that Dre paid someone to kill him.

Dr. Dre has denied the allegation through his lawyers. Knight continued to uphold his claim, testifying that he wanted to meet with the mogul to inform Dre that he did not believe the murder-for-hire allegation. Knight told jurors that he believed his life was in danger when Cle “Bone” Sloan, who testified during Knight’s criminal case that he worked for Dr. Dre as a technical adviser on “Straight Outta Compton,” had attacked him outside Tam’s and allegedly pointed a gun at him.

Sloan had testified in 2015 that he did not have a weapon at the confrontation.

Carter’s family is asking for damages worth $81 million.

Rolling Stone reported that jurors presiding over the case had declared themselves “deadlocked” Friday. Jurors informed the judge that their vote was split seven-to-five without confirming which way they were leaning.

9 out of 12 are needed for a verdict in the wrongful death case centered on claims of negligence and battery. The jurors were ordered to return Tuesday morning and keep trying after the judge let them go early.

“We realize you have a very difficult split, but the consensus for everyone is we want to try to find an end to this case, if at all possible. We want to make sure that all efforts to reach a verdict, one way or the other, have been exhausted,” Los Angeles County Superior Court Judge Thomas D. Long said.

Judge Long brought deliberating jurors back into the courtroom Friday morning and allowed both sides to give an extra five minutes of closing argument on two new instructions related to Knight’s claim he was acting in self-defense when he ran over Sloan before hitting and killing Carter.

Knight and Sloan had been fighting through the driver’s side window of Knight’s truck before the Ford F-150 Raptor reversed, knocked Sloan to the ground, and sped up as it drove over Sloan’s body and mowed down Carter, as seen in a surveillance video outside Tam’s Burgers in Compton.

The two new instructions were rooted in whether Knight could dodge liability in the case by claiming self-defense, as reported by Rolling Stone.

“If you believe that Marion ‘Suge’ Knight was lawfully acting in self-defense, he must do so while using reasonable care to avoid injury to innocent bystanders,” one of the new instructions given Friday read.

The second instruction then said, “the right to self-defense ends when there is no longer any apparent danger of further violence on the part of the assailant,” including after an alleged victim acts in self-defense and “uses enough force upon his attacker as to render the attacker apparently incapable of inflicting further injuries.”

Carter family lawyer Lance Behringer used his extra five minutes to argue that Knight was no longer in imminent danger once Sloan was flung from the truck and lay crumpled on the ground.

“He knocks him down. He has the right to do that 100 percent. If someone comes after you, you have the right to knock them down. You’ve got to do what you’ve got to do,” Behringer said. However, the moment Sloan was on the ground and not moving, the threat was neutralized, the lawyer said. “At that moment, that’s when you’ve got to stop. That’s what the law says, and you’ve got to follow the law. You can’t just go crazy and take people down.”

Knight’s lawyer, David Kenner, countered that his client was the victim of what he thought was a coordinated armed ambush by multiple people. Kenner said Carter, who invited Knight to Tam’s to help negotiate a payment for the use of Knight’s name and likeness in Straight Outta Compton, did not fit the definition of an innocent bystander.

“He is not an innocent bystander if he injects himself into the confrontation,” Kenner said. “He sees what Cle ‘Bone’ Sloan is doing, and he walks into that scene.”

Kenner continued to explain, “He is next to the car, and a tragic accident occurred. This was an unfortunate accident. This was not the result of negligence.”

Death Row Records founder Suge Knight may be imprisoned for manslaughter, but that doesn’t bar him from other legal troubles. New reports claim a $107 million lawsuit is looming.

According to reports, Los Angeles Superior Court Judge David Sotelo has reinstated a multi-million dollar judgment against Knight. The amount is what he owes to early label investor Lydia Harris.