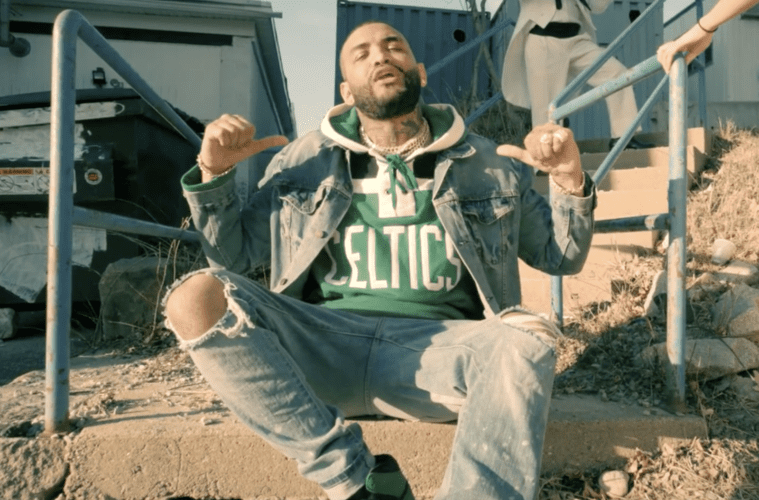 Joyner Lucas Celebrates ADHD Being No. 1 Album In The World Right Now

East Coast rapper Joyner Lucas has something big to celebrate right now. The hip-hop entertainer has acknowledged the commercial success of his new ADHD album.

Joyner went to his Instagram page this past weekend to toot his own horn. In addition to showing the project’s chart-topping, he also referenced his “Will” music video enjoying the same success.

Over the weekend, rap star Fabolous showed Lucas some major attention. In addition to co-signing the LP and his “Will” music video, Fab revealed he even came out of quarantine to deliver a guest verse for his project.

“Congrats to my boy @joynerlucas!! New project #ADHD is OUT NOW!! Happy for you & Proud of you G!! Will video is dope like i thought it would be, cuz all your visuals show how creative you are. Stay Real‼️ & P.S. I came out of Quarantine to do that Still Can’t Love verse so you know i fuck wit you!! 😂💯” -Fabolous

Fab did much more than show some social media support for Lucas. He appears on the album’s “Still Can’t Love” song with King OSF.

A few nights ago, Hollywood superstar Will Smith shared his reaction to Lucas’ “Will” tribute video. In addition to saying he’s honored, Smith also explained how much of a creative approach Joyner took with this visual.

“Joyner Lucas. Yo! That joint is crazy! Um, dude, I am humbled and honored. One of the lines you say in there, you inspire people and you don’t even know it. It has been my intention since day one to go into the world and put positive energy and be able to use my creation to inspire and elevate and empower. I just love what you’ve done. It’s creative. Brother, again, humbled and hope to meet you one day.”