Hollywood moviemaker John Singleton isn’t having it. The director has stepped forward to speak out on backlash he’s received over a leaked unfilmed Tupac Shakur biopic script scene.

A screenshot has surfaced of Singleton defending the script and questioning people’s issues. Earlier in the week, rap veteran Daz Dillinger reacted to Singleton’s script and put it out to the masses. 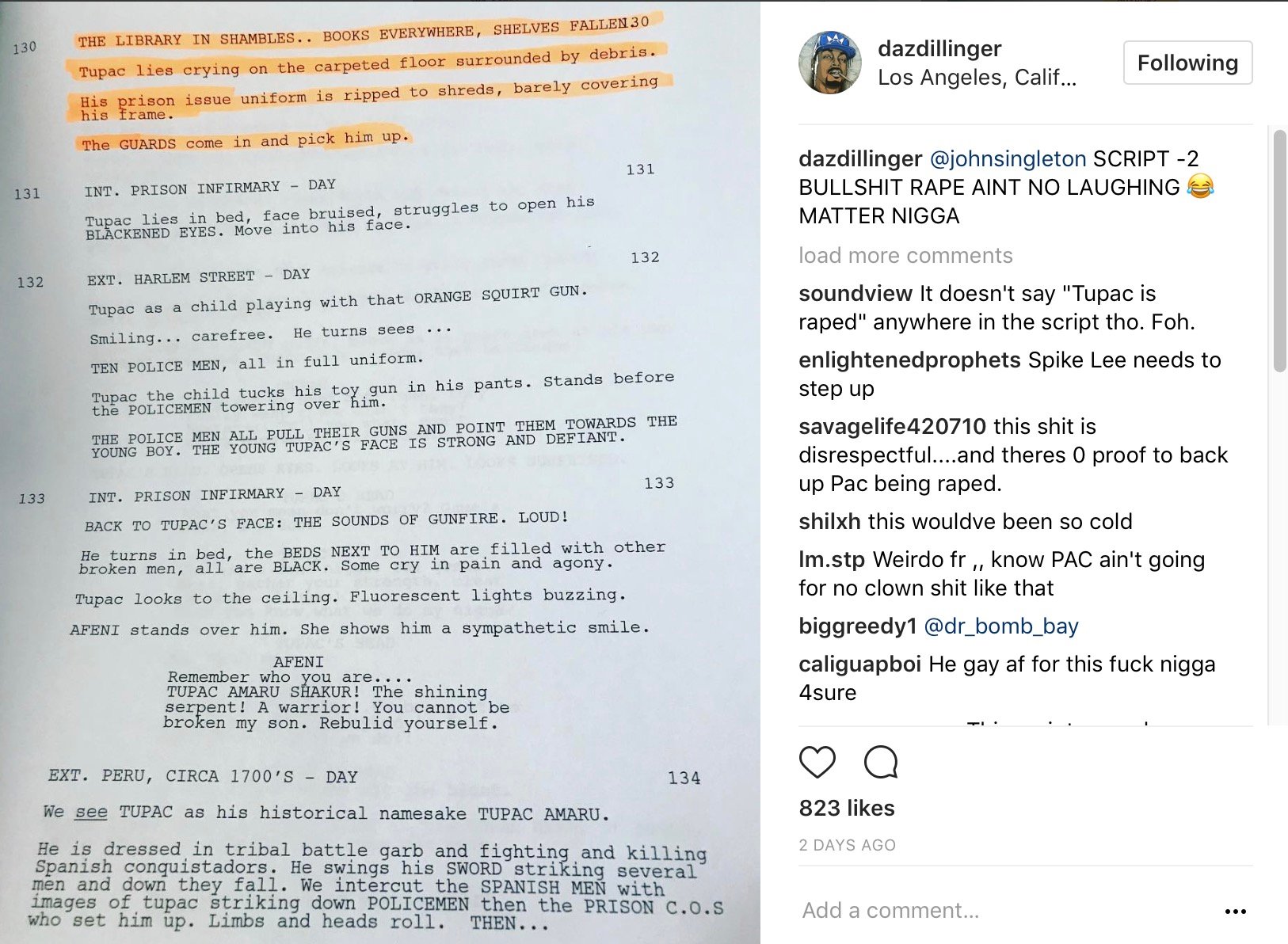 Prior to his death, 2Pac addressed rumors about getting raped during his jail stint.

A few weeks ago, buzz developed about Singleton’s All Eyez On Me biopic version and the dicey perceived rape scene.

“All Eyez On Me” filmmakers and famed director John Singleton are beefing over the version of the movie Singleton wanted to make — and now we have the script at the center of the feud. TMZ obtained several pages from a 2014 draft written by Singleton, and it includes a scene where prison guards lock Tupac in the library, and turn the other way while other inmates assault him. When you read it … there’s a clear insinuation Tupac gets raped. (TMZ)