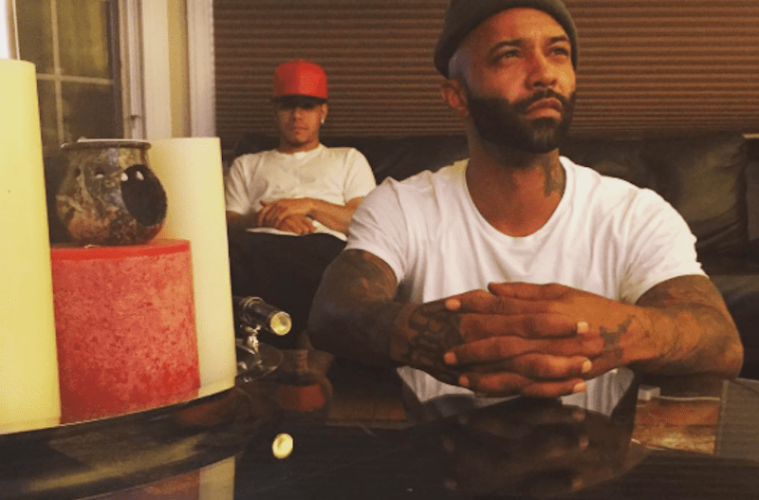 Slaughterhouse’s Joe Budden has come forward with his theory about rap star Drake taking aim at music mogul Diddy with his new “4 PM in Calabasas” single.

Budden hopped onto Twitter Saturday (June 4) with his take on the speculated rap feud. 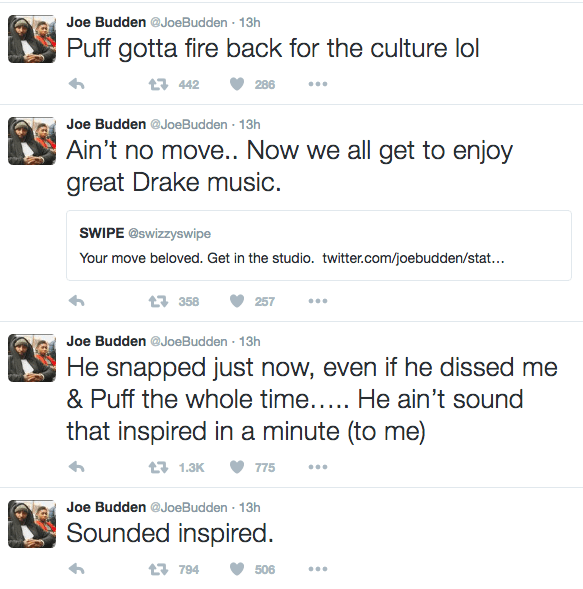 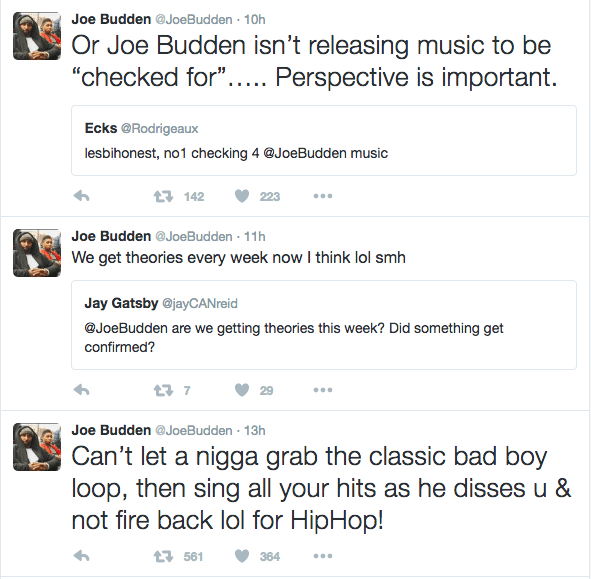 In addition to his Justin Bieber “One Dance” remix and Gucci Mane collab, Drake capped off OVOSOUND Radio with a new freestyle called “4 PM in Calabasas,” which follows “4 AM in Dallas” and “5 AM in Toronto.” Taking inspiration from Puff Daddy and Ma$e’s “Can’t Nobody Hold Me Down,” Drizzy drops references to Grandmaster Flash’s “The Message” and shouts out Kris Jenner and the late Chris Farley. (Rap-Up)

Some speculate Drizzy took shots with an “OG’s” reference and name-dropping Puffy’s 1997 No Way Out album.

This appears to be a direct shot at Puff Daddy, with whom Drake had a dispute in 2014, allegedly over the beat to “0 To 100 / The Catch Up.” Diddy is certainly an OG in the game, and the way Drake says “ha ha ha ha” appears to mock the way Diddy said it during “Can’t Nobody Hold Me Down,” which sampled Grandmaster Flash’s “The Message.” (Genius) 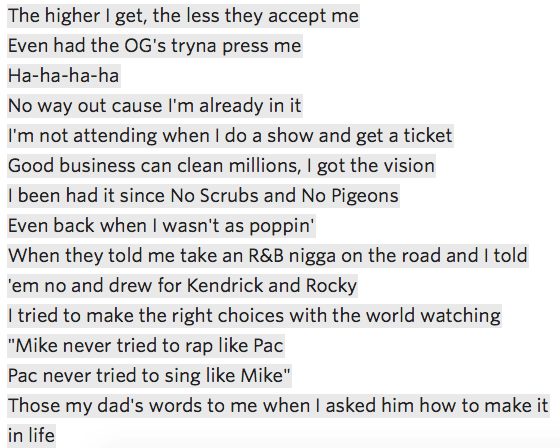