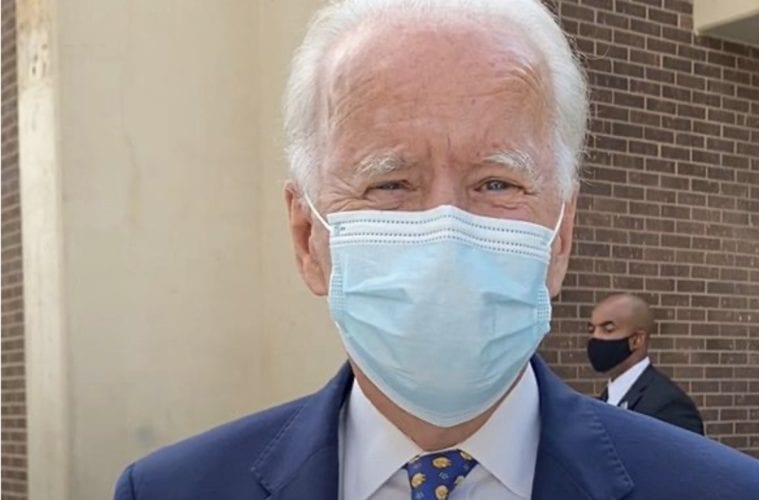 Joe Biden Disses Kanye West + Donald Trump: “You Won’t Have To Worry About My Tweets When I’m President”

On Thursday, Biden went to his Twitter page to get at both Yeezy and Trump with a single tweet. Joe vowed his Twitter fingers wouldn’t define his presidency if he makes it into the White House.

“You won’t have to worry about my tweets when I’m president.” -Joe Biden’s Twitter

Both Donald Trump and Kanye West have relied on their Twitter pages to flame Biden over the past few days. The publicized pals have dragged Biden and his attempt to win the presidency in November.

Kanye West put his Twitter fingers to work last week by vowing to beat Joe Biden in the upcoming presidential election with little to no effort at all.

Trump has often used his Twitter page to go over minute-to-minute political topics. However, Donald is most known for dragging his rivals including Biden.

“Sleepy Joe Biden is just a Trojan Horse for the Radical Left Agenda. He will do whatever they want!” -Donald Trump’s Twitter

On Thursday, the current head of state went to his reliable Twitter page to practically break the Internet. Trump shared his personal issues with universal mail-in voting and said the 2020 election should – as a result – be delayed.

“With Universal Mail-In Voting (not Absentee Voting, which is good), 2020 will be the most INACCURATE & FRAUDULENT Election in history. It will be a great embarrassment to the USA. Delay the Election until people can properly, securely and safely vote???” -Donald Trump’s Twitter

The unexpected Twitter outburst followed more speculation about how much support party support Trump has as the election creeps closer. Analysts believed key Republican states have lost hope in the head of state.

The tweet calling for postponing the election also comes as poll after poll suggests President Trump is losing in key states, including Florida. The latest survey, by Mason-Dixon, showed Democratic presidential candidate Joe Biden topping Trump in the Sunshine State by 50% to 46%, with 4% undecided. Other polls have shown Trump losing by even wider margins in other battleground states like Michigan and Pennsylvania. Trump disputed those polls this week saying “I think our poll numbers are very good.” (Palm Beach Post)