Dipset’s Jim Jones is confused af right about now. The hip-hop veteran has stepped forward with his reaction to reports about troubled rapper Kanye West using his name at a Los Angeles hospital.

Jimmy went to Instagram Tuesday (November 22) with his hilarious reaction and to reveal how Yeezy could make things right. 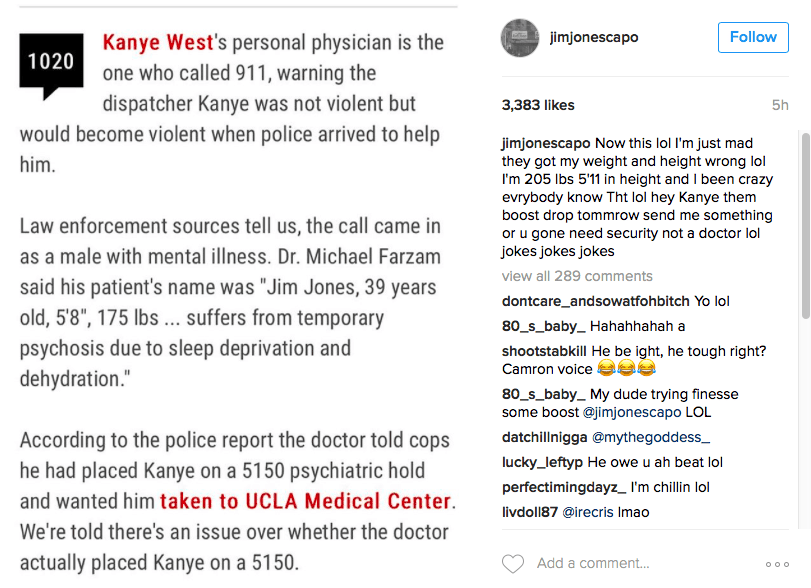 According to reports, Yeezy checked himself into a hospital last night (November 21) as Jim Jones.

Law enforcement sources tell us, the call came in as a male with mental illness. Dr. Michael Farzam said his patient’s name was “Jim Jones, 39 years old, 5’8″, 175 lbs … suffers from temporary psychosis due to sleep deprivation and dehydration.” According to the police report the doctor told cops he had placed Kanye on a 5150 psychiatric hold and wanted him taken to UCLA Medical Center. We’re told there’s an issue over whether the doctor actually placed Kanye on a 5150. (TMZ)

Chicago rap veteran Twista penned an open letter to Ye in light of the medical drama. 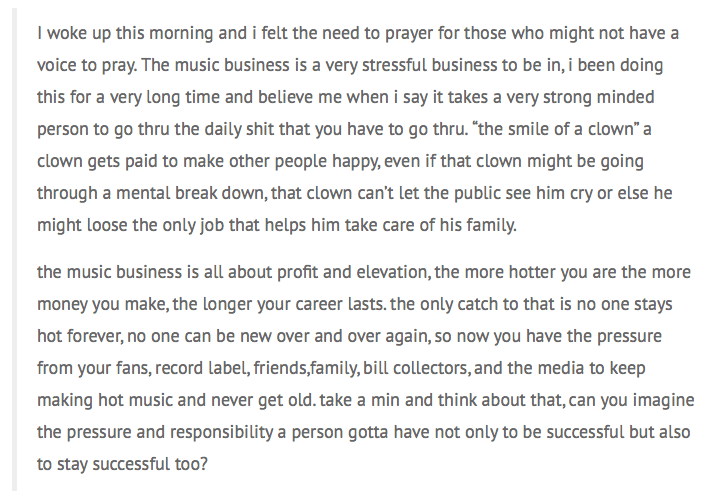 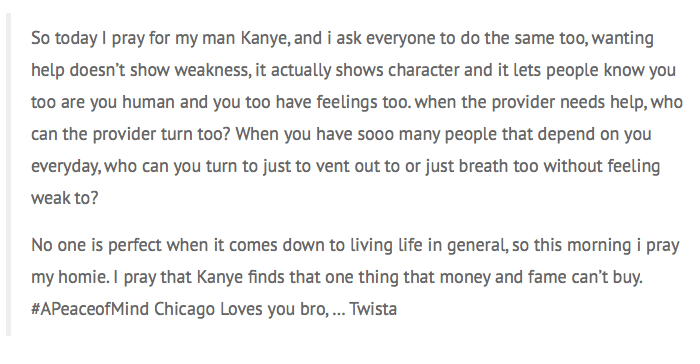 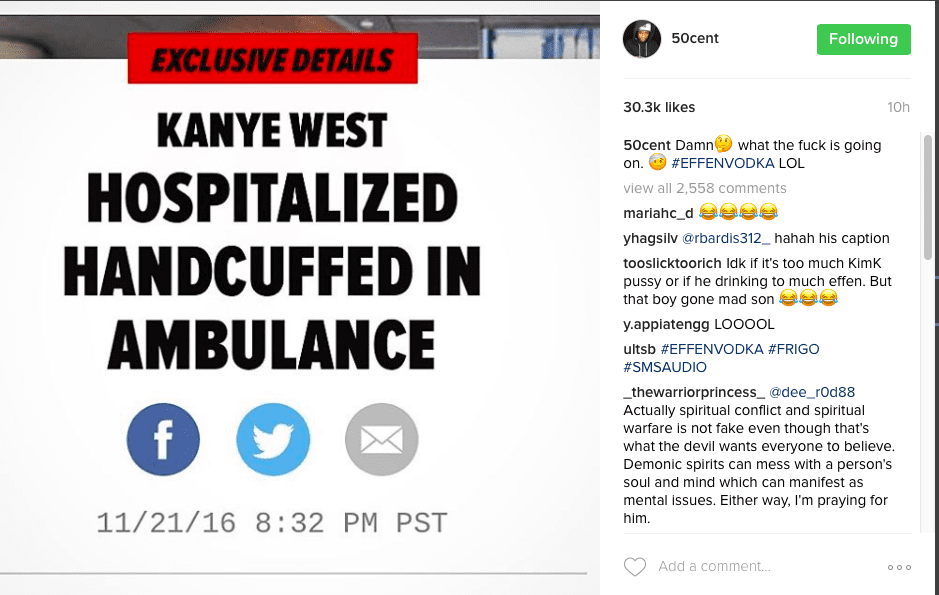 Comments Off on Jim Jones Reacts To Kanye West Dropping His Name At Hospital, Reveals How Ye Can Make Things Right