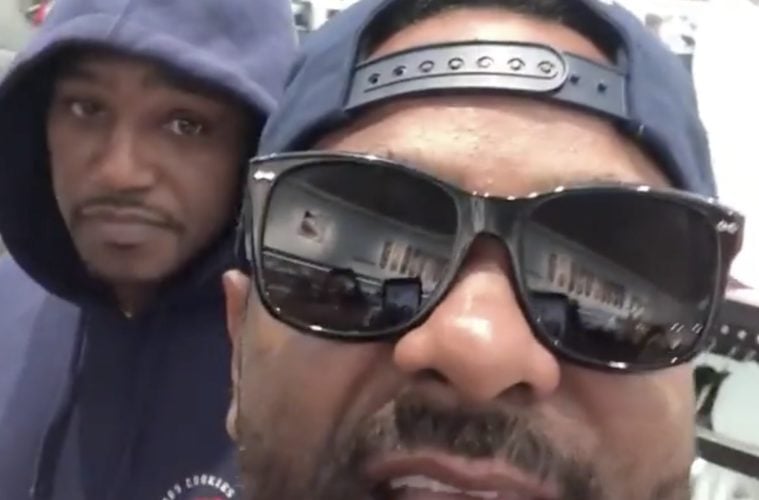 Jim Jones + Cam’ron Flex Pure Diplomatic Immunity In New Pic Together: “Fleezus Popped Up On Me In The Stu Last Night”

New York rapper Jim Jones and Cam’ron are all about that Diplomatic brotherhood. The hip-hop pair went online this week to share a dope shot of themselves hanging out together.

On Thursday, Jimmy went to Instagram with a pic of himself hanging out alongside Cam and plugged Killa’s upcoming Purple Haze 2 album.