Colt Ford is known for his interesting mashups and he is back with another that is sure to perk your ears up. With the help of Jermaine Dupri comes the genre-bending song “Hood” featuring Louisiana rapper Kevin Gates. The song is off Ford’s new EP “Keys To The Country.”

The action-packed video was directed by Ed Pryor for Hideout Pictures and filmed at Atlanta Motor Speedway and Pike County Speedway in Mississippi. The video sees Colt and Kevin at a racetrack, lounging about fast cars, having a good time with spectators, and JD hanging out in the commentator booth. It’s a feel-good song with a video that makes you feel even better.

Comments Off on Jermaine Dupri, Kevin Gates And Colt Ford Get “Hood” In New Song 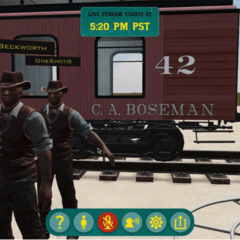