Jermaine Dupri Keeps It 100 On Iggy Azalea: “She Needs Somebody Like Me In Her Life” [Video]

So So Def founder Jermaine “JD” Dupri recently talked about Hustle Gang’s Iggy Azalea and revealed his past interest in trying to sign her.

According to JD, he previously hit up Iggy on Twitter and tried to get her on his team.

“She needs somebody like me in her life. I tried to sign her from the beginning. I called her. I sent her a tweet. I think she thought I was trying to get at her because she is fine I think at this particular time she had a record called “P*ssy.” I sent her a message like, ‘I like you. I think you’re dope. I would love to sign you.’ She kind of gave me the ‘Send my manager, hit my manager.’ When I talk to artists, I talk directly to the artist. I have a relationship with the artist. She kind of shunned me but that didn’t make me not like her. I feel like she’s very talented. Artists are not people that know everything, that’s why you have a mentor like myself, or you have a Clive Davis, or you have an LA Reid. These people are out there to hold them down.” (“The Wendy Williams Show”)

Watch JD’s full interview on the next page…

Last week, Iggy spoke out on a publicized apology from singer Erykah Badu following a playful jab at her at the recent Soul Train Awards ceremony. 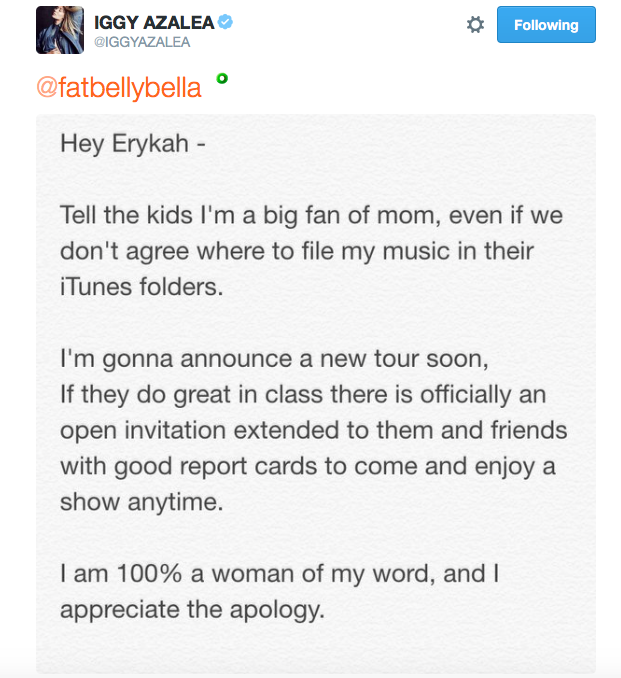 “You know what? I want to do this, for my daughters. I want to apologize to Iggy Azalea because she’s one of their favorite artists. And they listen to her all the time. It’s for them. But when I really think about it, if y’all love her so much, why don’t y’all go be with her then? Go on be with her, y’all – Is Iggy Azalea going to miss the healing seminar to go up to the school, sit across from the teacher, so she can tell you that all y’all been doing is talking to your neighbor, not getting your lesson? Is she? Where’s Iggy for that?” (Erykah Badu’s Twitter) 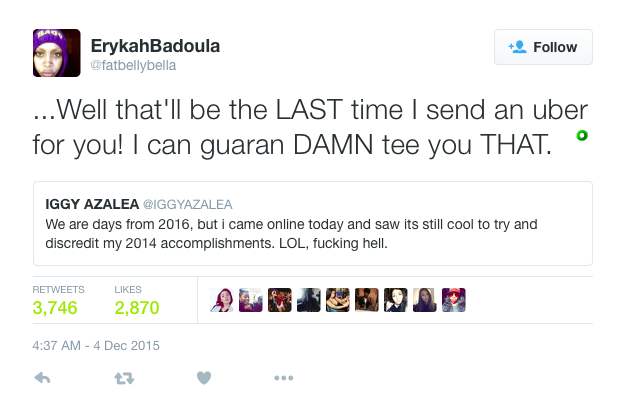 Iggy briefly shined light on Badu’s diss and explained her absence from the music scene on Twitter a couple weeks ago. 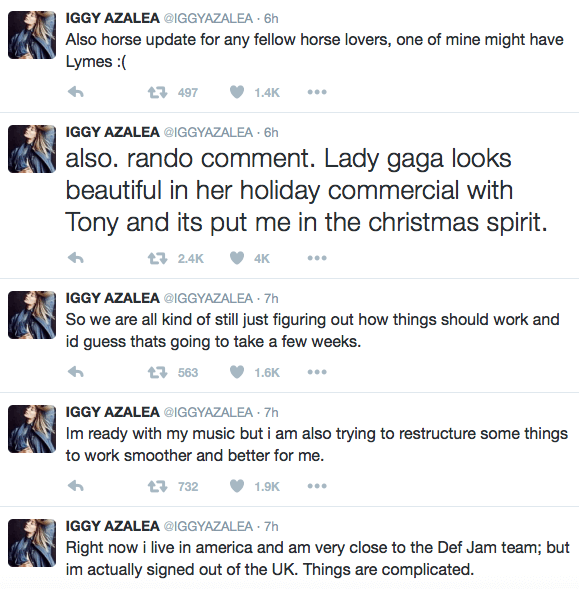 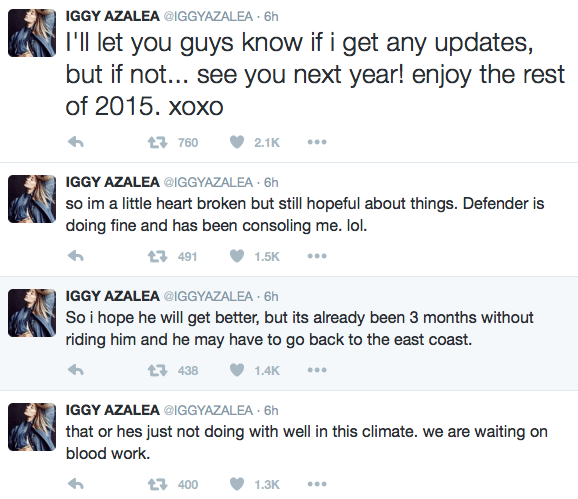