Thriving Tuesday. It’s a day to thrive to the top so why not get things going with Jeezy dropping over a million on his new mansion? Speaking of big ballers, has an unreleased Nas music video come out? Rapper-turned-actor Ice Cube‘s N.W.A. biopic is paying out pretty good according to one teen actor’s salary? All this coming up in SOHH Whatcha Think.

1. Putting On For My State

Is Jeezy balling hard in Georgia? The real estate is a lot cheaper there than in Los Angeles and New York. So can you imagine how much $1.5 million could get you down in Georgia? TMZ has the info: Rapper Young Jeezy was so confident of beating the rap in his weapons case, he went and dropped a cool $1.5M last month on a fly new Georgia mansion … a MONTH before learning his fate.

As TMZ first reported … weapons charges were dismissed against the rapper last month in connection with a fatal shooting at a Wiz Khalifa concert. The case was weak … in fact, it made no sense.

Jeezy was so confident of winning, he bought the Atlanta spread in November.
Jeezy should let his legal team crash anytime they want … he’s definitely got the space … the 9,000 sq. ft. pad is a cavernous 6 bed/7bath paradise sitting on 1.2 acres.

The best part? If the cops ever come knocking again, they’ll have to pass through his 600 lb cast iron front doors. (TMZ)

It’s 2015 but whenever Nas’ name is brought up, it brightens up the day, and makes cold days warmer. He’s one of the few hip-hop veterans that’s able to have a mainstream appeal with a gritty, New York talent. A new Beastie Boys music video featuring Nasir has come out. Rap-Up has the clip:

In 2011, the Beastie Boys collaborated with Nas on a song called “Too Many Rappers” for their final album Hot Sauce Committee Part Two. Four years later, an unreleased video has surfaced via film editor Neal Usatin. (Rap-Up)

3. Money In The Bank

How much should the teenager actors in the new N.W.A. biopic be paid for starring in the long-awaited new movie? Some salary information has come up. TMZ has the numbers: 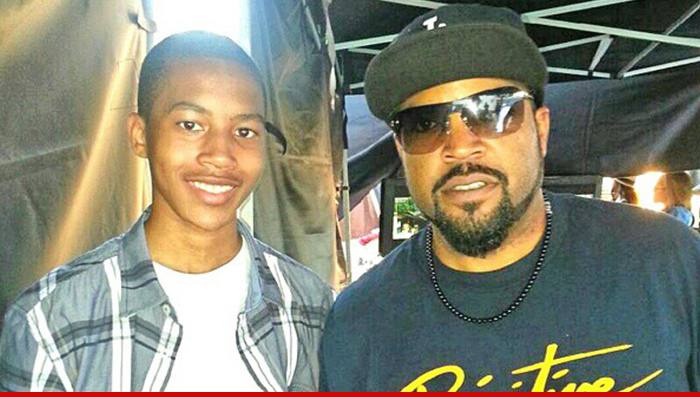 “Straight Outta Compton” child actor Joshua Brockington stepped into Warren G’s iconic shoes for the new flick about the rise of N.W.A. … and stacked paper like a G while he was doing it.

17-year-old Brockington was guaranteed $6,500 for at least two weeks of work — according to his contract … which we’ve seen. Pretty good payday for a teen actor, especially considering it’s his first feature film … and he’ll get to see his name on the big screen. (TMZ)

Once again, cha-ching? Even better, what could Brockington be buying with that quick pay day? #SOHHWhatchaThink?