Heading into the weekend, Young Hov tossed up his vintage “Brick Phone” playlist.

Hov delivers a 35-track playlist titled “Brick Phone” dedicated to hip-hop’s golden era, where the majority of hustlers and drug dealers carried those oversized cell phones. We go way back to ’88 with Boogie Down Productions’ “My Philosophy” featuring rhymes and production by KRS-One. After EPMD’s “So Wat Cha Sayin’” and Big Daddy Kane’s “Ain’t No Half-Steppin’,” hip-hop heads will salute Hov’s genius for putting Gang Starr and Nice and Smooth’s “DWYCK” on here. (Complex)

Listen to the Brick Phone Playlist by JAY Z http://bit.ly/TIDALBrickPhone

Earlier this week, Jay made headlines after partnering up with Hollywood powerhouse The Weinstein Co.

The pact is a two-year overall deal in which TWC will have first-look options with Shawn “Jay Z” Carter to produce television and film projects, both scripted and unscripted. Projects under this deal are already in development and will be announced in the coming weeks. The rapper turned mogul’s past film credits include producing Will Gluck’s Annie remake, co-producing Chris Rock’s Top Five and executive-producing Baz Luhrmann’s The Great Gatsby. (The Hollywood Reporter)

Jay issued a statement and revealed what fans could expect from the partnership.

“I’m excited to tell stories from real-life prophets who, through their struggles, have changed the world for the better and others whose stories are filled with fantasy and delight,” said Jay Z in a statement. “Harvey and David are visionaries, both of whom have done this time and time again. I’m already passionate about what we currently have in the pipeline, and I’m looking forward to discovering others.” (The Hollywood Reporter) 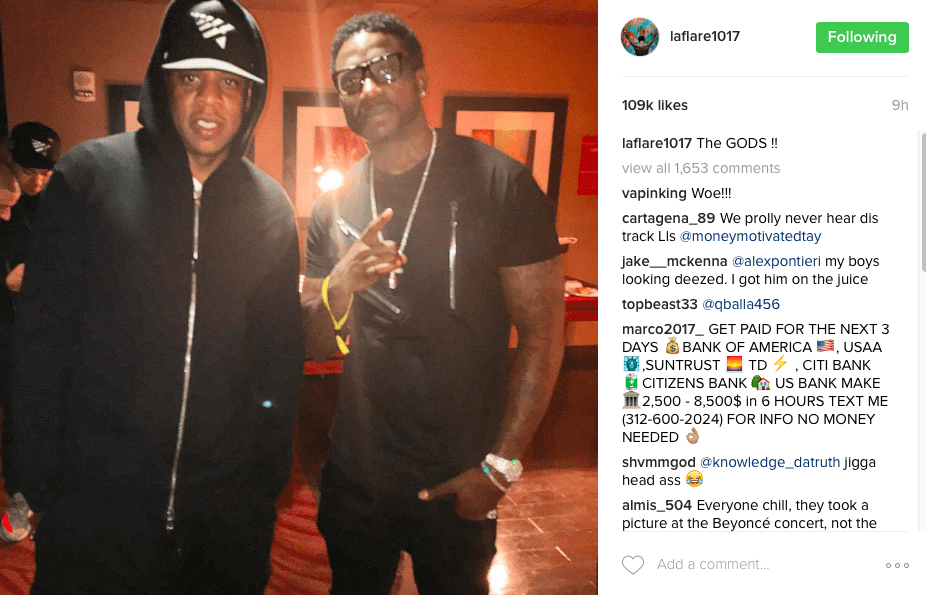