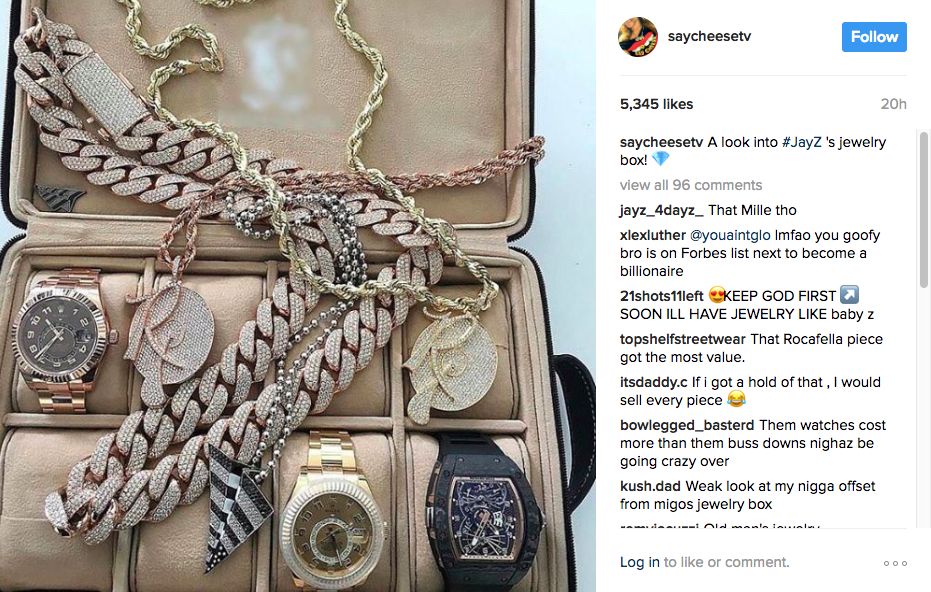 The rap heavyweight has kept busy as of late making news for a new film project with actor Lin-Manuel Miranda called “In The Heights.”

The Weinstein Company’s Harvey Weinstein, who is producing the movie musical with theatre producer Scott Sanders, announced the news at his February 26 pre-Oscars party, which included a medley of tunes from In the Heights performed by Cynthia Erivo, Christopher Jackson, and Corbin Bleu and introduced by Hamilton’s Miranda. Deadline.com reported in September 2016 that Jay Z and Weinstein had “signed an exclusive first-look deal … to generate movies and scripted and unscripted TV.” (Playbill)

The Jigga Man is also expected to take the stage at next summer’s annual V Festival.

Our first announcement is here!

The pair also is scouring the venture market for a full-time investment partner. The “Jays” also are partnering with Sherpa Capital, although this won’t be a Sherpa-branded effort, and existing Sherpa staff won’t be leading investments. Expect the focus to be on seed-stage tech opportunities, with this really being the institutionalization of Jay Z and Jay Brown’s previous angel investing activities. (AXIOS)