Music mogul Jay Z‘s Made In America festival schedule and performance time slots have been revealed this week.

Everyone’s set from Meek Mill to Beyoncé are set to perform Saturday, September 5. 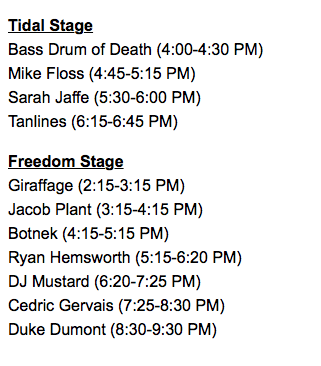 Check out the Sunday line-up on the next page… 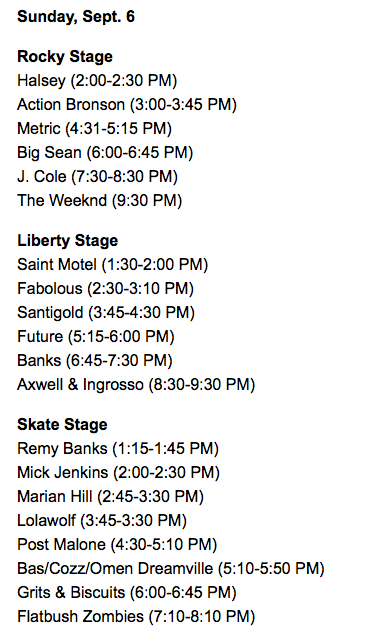 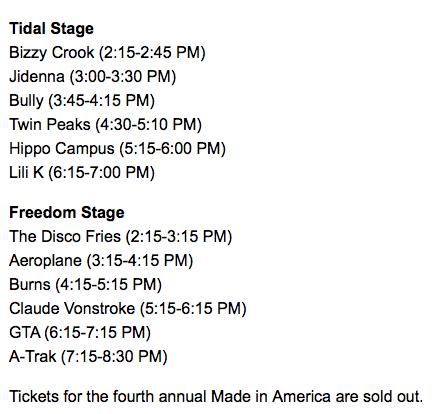 According to reports, Jay’s popular Tidal streaming site will broadcast the festival.

Jay Z’s Tidal will exclusively livestream selected acts from the festival, and the streaming service released the complete schedule this afternoon. The fest will be live streamed on Tidal.com. (Philly)

Jay Z’s Made In America festival kicks off Saturday, September 5 in Philadelphia.