Music mogul Jay Z is a Dallas Cowboys fan and proud of it. Cameras spotted Young Hov Sunday (December 11) night at their game against his hometown New York Giants.

A picture has surfaced of Jigga and Cowboys superstar Dez Bryant on the field. 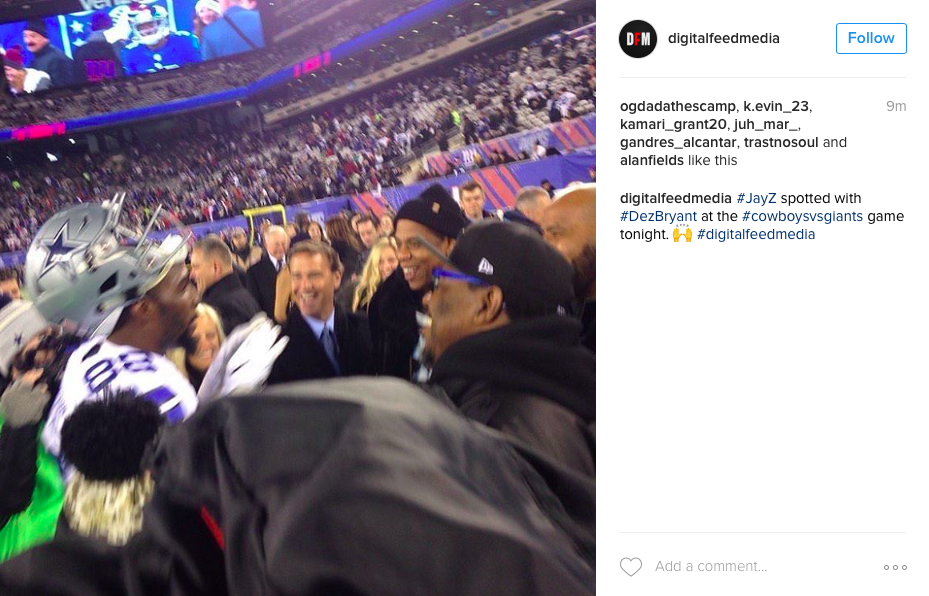 Back in September, Jay and his wife Beyoncé showed their support for America’s Team in Texas.