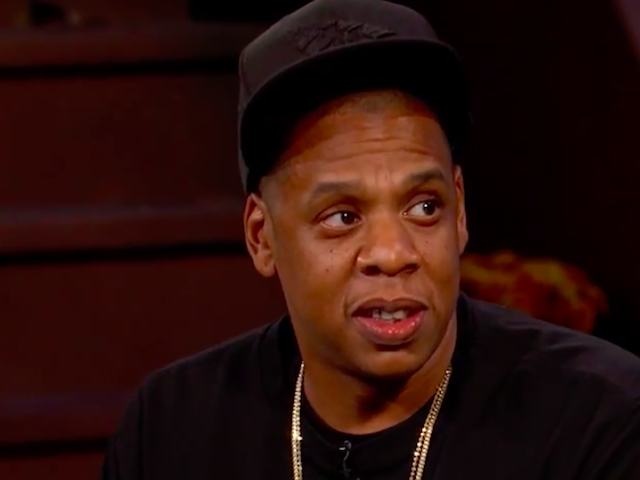 Roc Nation boss Jay Z clocked in some daddy time with his daughter Blue Ivy Carter heading into the weekend.

Jay Z may be questionable in the husband dept … but evidence shows his daddy game is super strong as he twirled Blue Ivy around backstage at Beyonce’s concert. Jay and Blue danced like nobody was watching while mommy belted out “End of Time” on stage Friday night during the Tampa, FL stop of the Formation tour. (TMZ)

Jay and Bey raised eyebrows after being spotted without their wedding rings a few nights ago.

The US pop superstar took to the stage at Miami’s Marlins Park Stadium to kick off her Formation World Tour – but was pictured without her wedding ring. She was also missing the band in black and white pictures taken backstage which were later posted on her website. Jay-Z was also spotted without his ring while talking to DJ Khaled at the concert. (Evening Standard)

According to reports, Jay watched Bey perform live during her Formation tour in Miami earlier in the week.

Bey closed her Formation world tour kick off with “Halo” and a dedication to her “beautiful husband.” Of course, earlier in the show she performed her new tracks from “Lemonade” … which included that damned lyric about Becky and her good hair. Jay was reportedly sitting front and center for the show — no doubt laughing at the angry Beyhive, counting their money in his head … and checking out her ass. (TMZ)

“Jay was involved in the creation of Lemonade and knew every song Bey was going to release. He knew the lyrics; he knew the implications. He had to approve the songs before release. Jay is a very smart businessman…Bottom line is that they are both really smart and they both saw dollar signs.” (E! News)