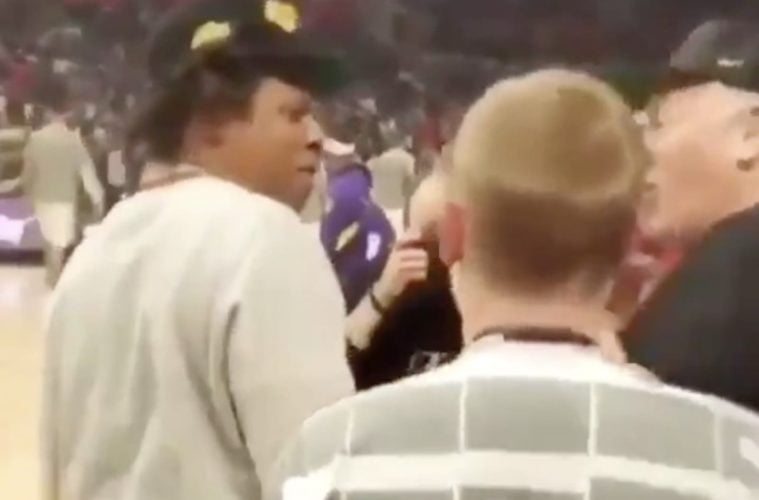 Music mogul JAY-Z doesn’t want just anyone showing him love. New footage has surfaced of Young Hov reacting to random hands getting placed on him at a basketball game.

This week, a cringe clip emerged of Young Hov reminding a fan he’s not the one. In the clip, Jigga is seen quickly backing away after a man put his arm around his shoulders.

Earlier in the day, West Coast rap star Roddy Ricch appeared to reference the epic footage. RR went to Twitter to warn people about putting their hands on them unless they’re kin.

“Stop putting your arms on a n*gga shoulders while we taking pictures if we not family.”

“One Love. Captured by our brother Swizz Beatz.”