A new clip shows Jay pushing back a crazed fan alongside his bodyguard.

Jay Z was on the verge of going into attack mode when a crazed fan went for the Beyonce money shot. Jay and Bey showed up at the SVA Theatre in NYC Monday, and word quickly spread. By the time they left there was a big crowd, and one guy was hell-bent on getting a pic with Bey. Jay grabs the guy and the bodyguard quickly swoops in. (TMZ) 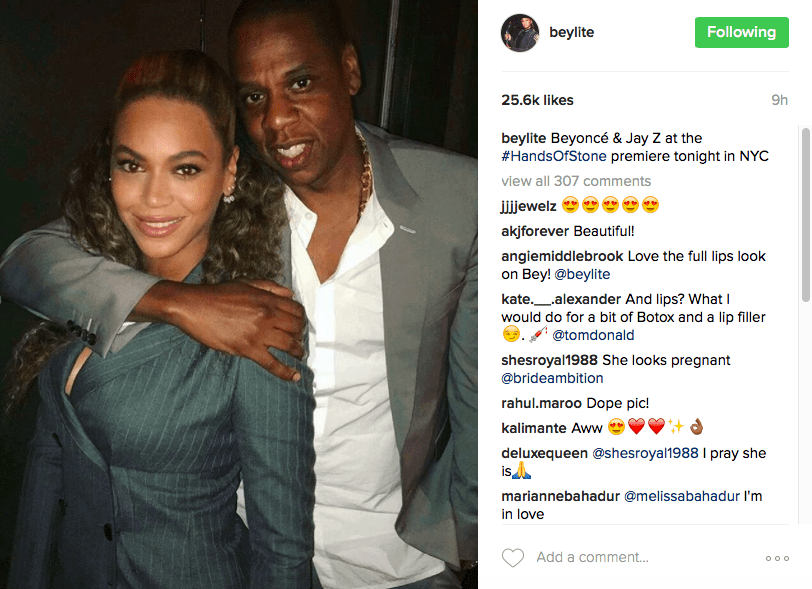 Earlier this month, pictures surfaced of Bey taking dangerous jumps from a yacht in Italy with Jay watching.

We got these shots of Bey and Jay Z balling out off the coast of Sardinia on their favorite rented super yacht, the Galactica Star. But instead of sunbathing or sipping bubbly … Beyonce decided to go all daredevil and dive off the top deck. Looks to be at least a 30-foot drop, and we think that’s Jigga recording video from below. Maybe she was inspired by the Olympics … or maybe she’s making a quick escape. (TMZ)

Beyoncé jumps off a yacht in Italy – Aug. 17

Beyonce and Jay Z were fully protected on their jet skis … so protected they barely got wet. The famous couple hit the water with helmets, life jackets, in Jay’s case a wet suit, and shades as they cruised the coast. They made it back to their yacht without incident. (TMZ)