Music moguls JAY-Z and Beyoncé might have finally locked eyes onto their dream Los Angeles mansion. New reports claim the inseparable couple are ponying up millions for a decked-out Bel-Air estate.

Fresh gossip coverage suggests an unlisted house could go for well over $100 million.

Multiple real estate sources claim the house is currently in escrow, but the amount is a mystery. Two sources claim Beyonce and Jay-Z are paying $120 million … way over their $80 million budget, but most other sources say they’re ONLY paying around $90 million. Get this … the people who are selling the estate bought it in 2013 for $15 million. They tore the house down and the last 4 years has been almost nonstop construction. (TMZ)

“The power of one voice is strong, but when it comes to social justice, the power of our collective voices is unstoppable. Now is the time to recognize that through our voices we really can effect change. Some of us will do the important work locally at the micro level to awaken our neighbors. Some of us will work for progress regionally. And a few of us will be like Kalief Browder, a modern-day prophet whose death two years ago started a discussion that continues today about how poor, black juveniles are treated in the criminal justice system.” (The Hollywood Reporter)

“My hope is for my next documentary, Rest in Power: The Trayvon Martin Story, to create a similar conversation that leads to change and helps keep our children safe. And it’s an honor to have the support of Trayvon’s family in telling the story. But social justice isn’t a political issue. It’s a human issue. It’s a story of empathy. When we are able to identify that we are all not perfect and have compassion for someone else, we can move forward as a society. Look around at what’s happening in your town and your city right now. Think small, and you can do much bigger things.” (The Hollywood Reporter)

Earlier this month, buzz developed about JAY feeling inspired to help bail out dads for this past Father’s Day. 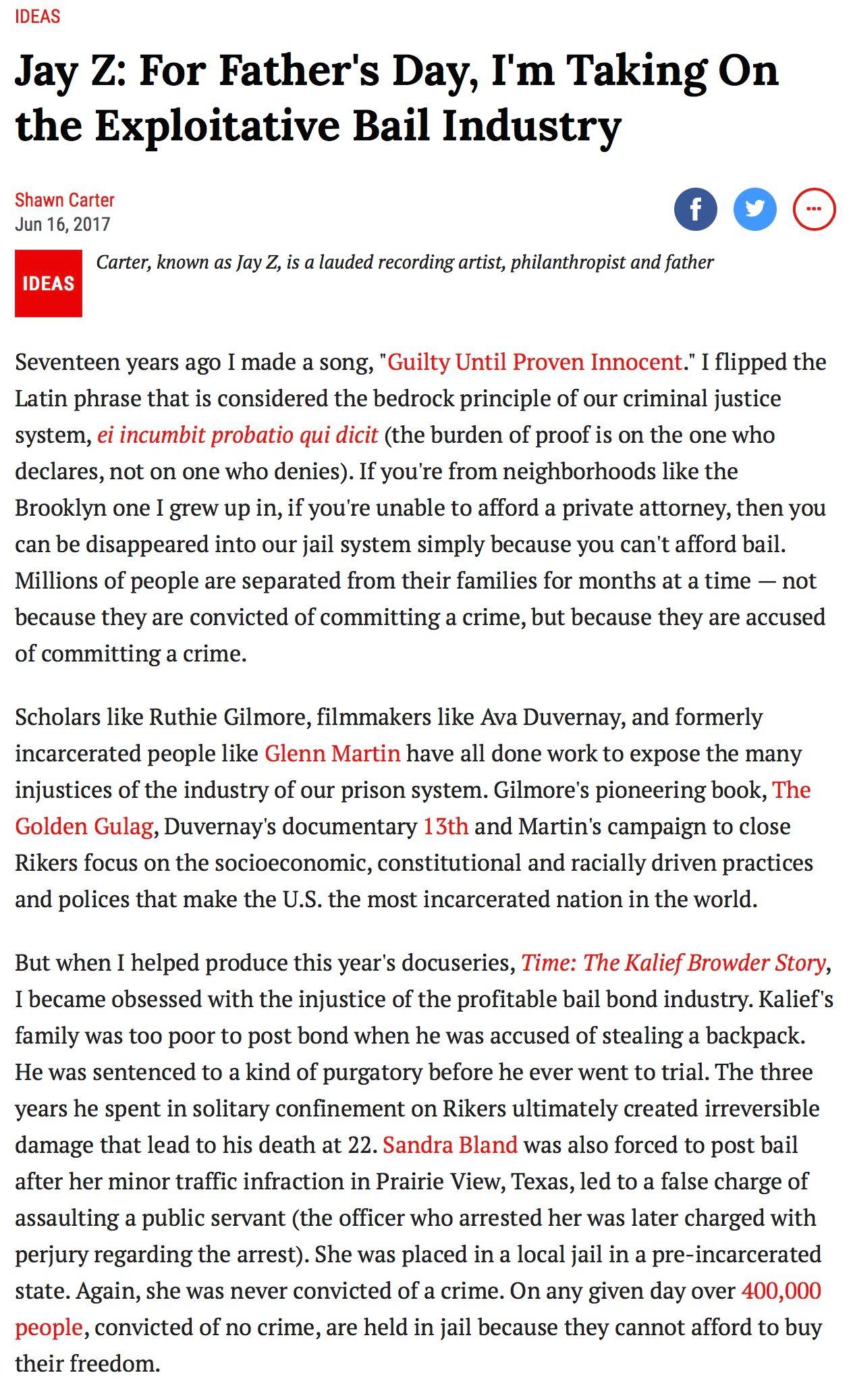 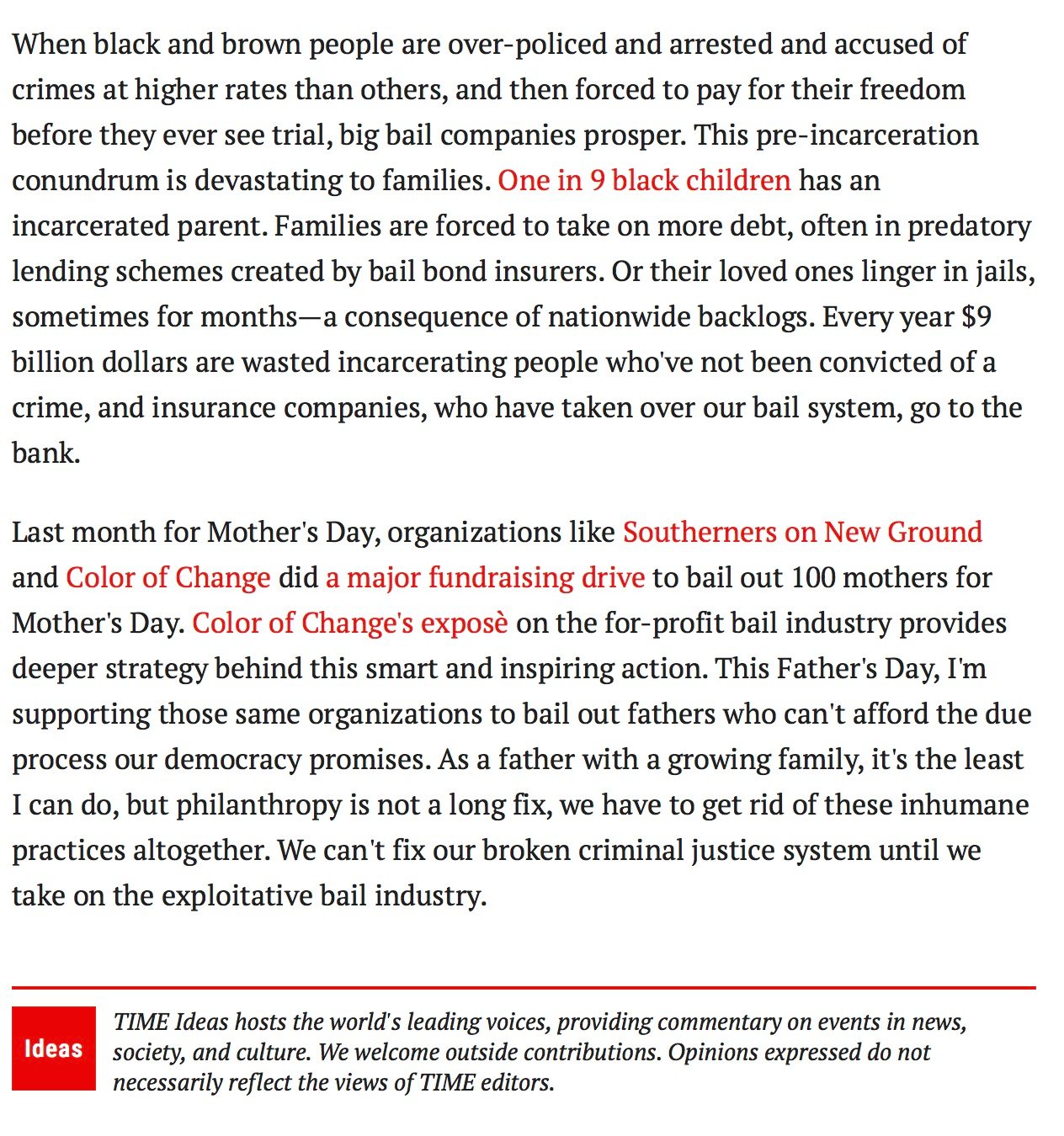