According to reports, Rock’s new effort pushed out 16,612 records after months of anticipation.

UPDATE: The final numbers for the album after the first week are officially in. 16,012 copies of the album were sold and with streams, only 600 more with 16,612.

A few days ago, TDE’s Kendrick Lamar publicly shouted out Rock on his latest release.

“It’s out, it’s cracking, celebrating the bro,” K. Dot said after pranking Jay Rock by disguising his voice as a female caller. “It feels good, man, just seeing the growth for someone who kicked in the door for me and TDE, it’s always been the big bro – it’s crazy, it’s inspiring.” (Power 106)

TDE and K. Dot took to their respective Twitter pages to shout-out Rock on his new project coming out earlier this month. 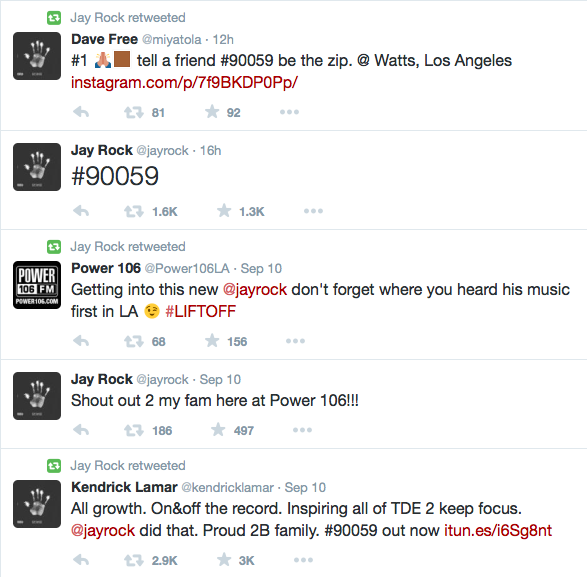 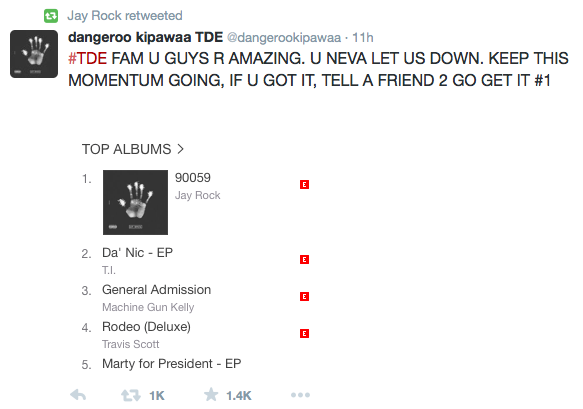