Jay Rock On Surviving Nasty Crash: “I Had Broke My Leg & Cracked My Pelvis” [Video]

Top Dawg Entertainment’s Jay Rock has finally spoken out on his publicized hospitalization last winter and what really went down.

Jay Rock dished on injuries’ seriousness and explained how he bounced back.

“I was just doing what real dudes do,” Jay Rock said in an interview when asked if he could explain what happened. “I was on my bike. You know, accidents happen, that’s all I can say. By God’s grace, he protected me the whole way. Real talk. I had broke my leg and cracked my pelvis. Yeah, but you see, it only took me a couple weeks to get back out here. Can’t bring a strong one down.” (Sway’s Universe) 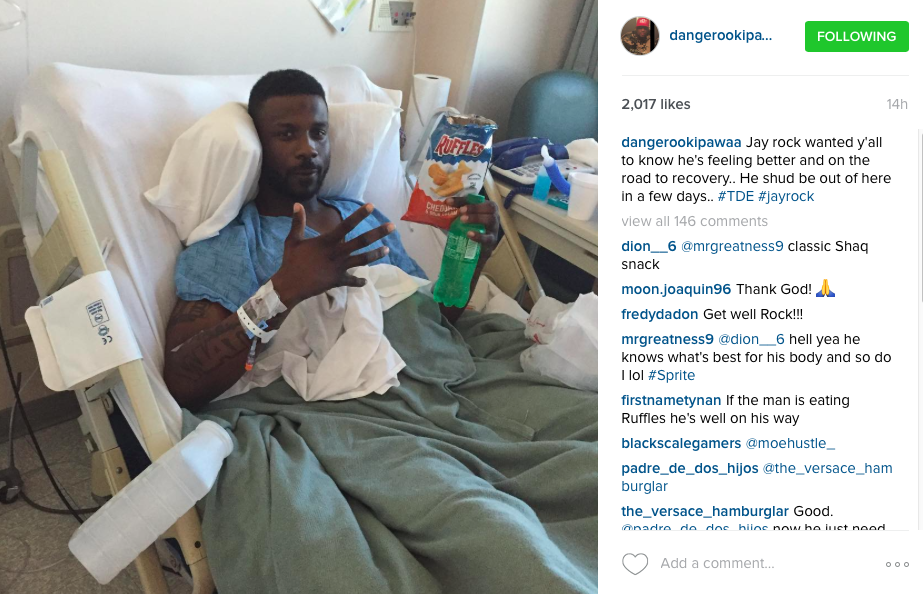