Freezing Friday. It’s still winter and cold SOHH why not get things going with Jay Rock rocking out to Kendrick Lamar’s new surprise album? Speaking of surprises, is it any surprise Chris Brown is holding down Bernie Sanders? Someone who needs to put a hold onto something is Jay Z and Beyoncé? All this coming up in SOHH Whatcha Think.


It’s not everyday you end up in a motorcycle accident and are ready to play the new Kendrick Lamar album, right? That seems to be the case with Jay Rock though, holding down his fellow Top Dawg Entertainmenet labelmate. Jay Rock’s Instagram is on it:

Is there any arguing Kendrick Lamar’s new album is already better than most artists’ full-length project? Can you believe these are just unreleased, unfinished Kendrick songs? Could this go up for a Grammy? #SOHHWhatchaThink?


Is everyone pretty much in agreement Bernie Sanders is getting a lot of love from the hip-hop community? It’s so secret you have T.I., Killer Mike, Spike Lee and Bun B riding for him, but now Chris Breezy? Chris Brown’s Instagram page is on it:

Could this be the type of support Bernie needs to have him compete with Hillary Clinton? Do you see a late push for Sanders? Is Chris being funny or really down for Berns? #SOHHWhatchaThink?


Doesn’t it feel about time for some crazy Jay Z/Beyoncé divorce story to come up? Well, fortunately we’re still early in 2016 and that story is here. RadarOnline has the info: 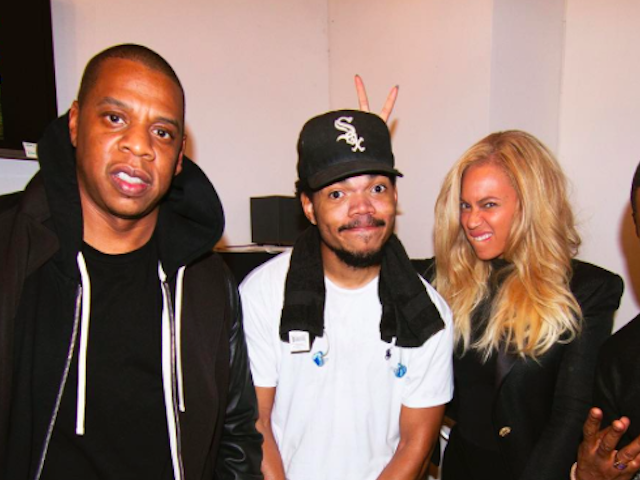 At the end of last year, Radar broke the news that the parents to four-year-old Blue Ivy were drifting apart.

“They sleep in rooms on opposite sides of a long hallway, with Blue Ivy’s room in between them,” a well-connected source said at the time. And according to the staffer, this is still true!

“They continue to sleep in separate bedrooms and are hardly ever home at the same time anymore,” added the source. (RadarOnline)

Isn’t this hard to believe when they were both just at an NBA game the other night? Do you really think they’re not sleeping together? Could it be because of snoring – maybe? #SOHHWhatchaThink?