Top Dawg Entertainment’s Jay Rock is raising expectations for his upcoming 90059 album after releasing its start-studded tracklisting and cover art this week.

Rock released the artwork and a link to pre-order his album on Twitter last night (August 18). 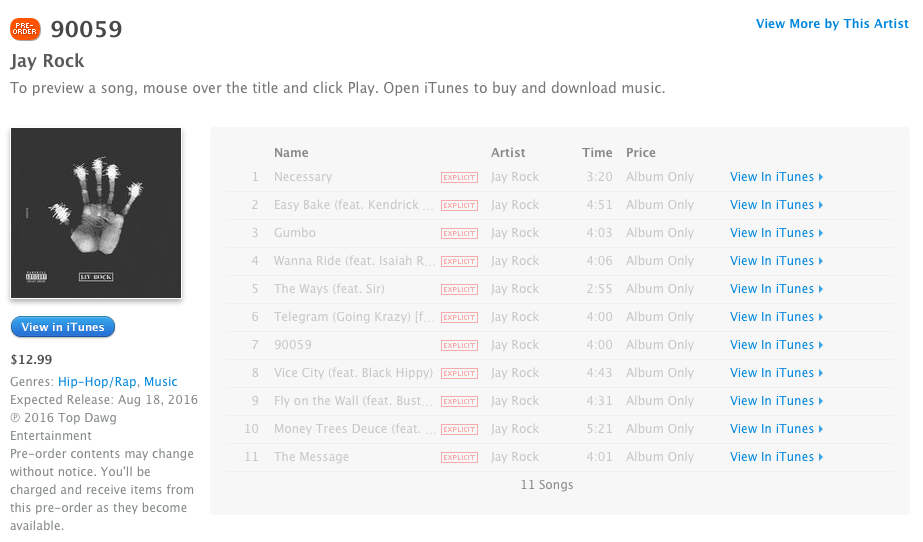 Check out Jay Rock’s album announcement on the next page… 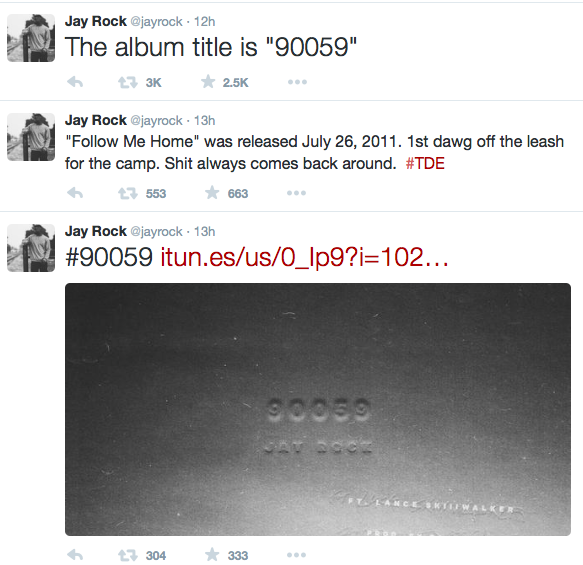 Earlier this year, Q assured fans he had clocked in work on the mysterious LP.