Roc Nation’s Jay Electronica is this much closer to releasing a long-awaited studio debut album. The hip-hop veteran has surprised fans with his new “Letter to Falon” TIDAL exclusive release.

We've been waiting for this! New @JayElectronica “Letter to Falon” out now on https://t.co/gRl7iePj1I pic.twitter.com/K6dQMKJEO5

Back in February, Jay talked about the world’s eagerness to hear his long-delayed solo effort.

Electronica also said it would ultimately be his decision when the album drops.

“I have to be at a place where I’m pleased with the offering. So, it will come — it’s coming soon. Slowly but surely. Then again, an album is a false concept anyway. An album is something that was created by corporations as a product to make money. People have been making music, doing plays and telling stories around fires for trillions of years. I like albums but I’m not too really handcuffed to the concept of that.” (Billboard)

Back in November, Jay flexed his close-knit relationship to Maybach Music Group and G.O.O.D. Music. 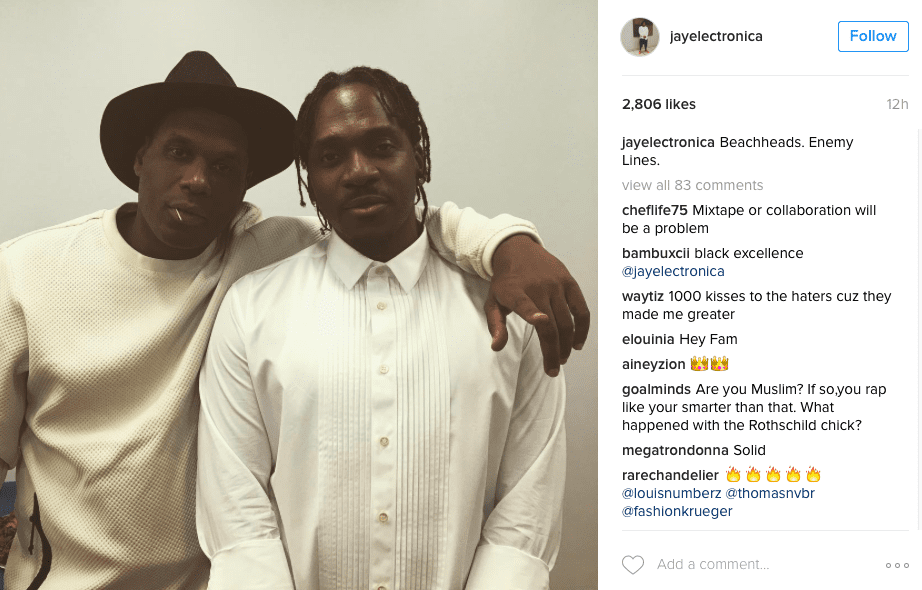